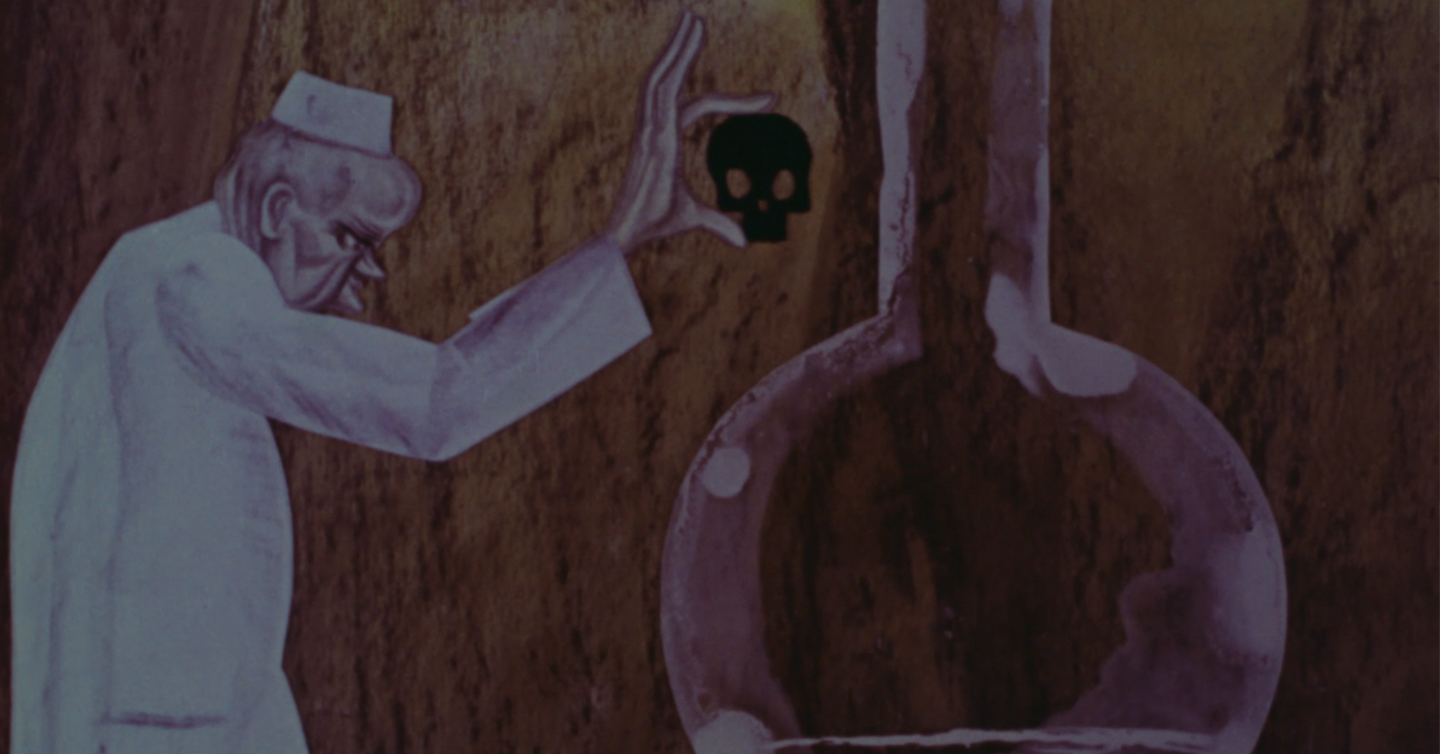 Check out a recently found Ukrainian cartoon from 1969. It’s about a mad scientist and a biological weapon

Dovzhenko Centre published a recently found animated film from 1969, «Mars XX», on the YouTube channel «Ukrainian Animation». The film (directed by Iryna Hurvych, designed by Heinrich Umansky) tells the story of a mad scientist who invented a new weapon of mass destruction and offered it to Mars, the god of war

The film is made in the genre of political satire and is a protest against the creation and proliferation of biological weapons.

The Dovzhenko Centre team found this work while creating the program for «Weird, Creepy, Fantastic», a series of film screenings during which audiences were shown rare Ukrainian films accompanied by lectures from film historians.

Dovzhenko Centre turned to some films from the film library that had never been digitized. The film was stored in proper quality, so the film laboratory was able to scan it with high quality. According to representatives of the Centre, «Mars XX» is hardly mentioned in the profile literature, you can find a few sentences about it being a film that is against the threat of biological weapons.

According to Dovzhenko Centre film scholars, the visual solution of «Mars XX» suggested by the artist Heinrich Umansky recalls the films of German expressionist cinema of the 1920s, including «The Cabinet of Dr. Caligari» (1920). There, too, the main character was a mad scientist, and the events unfolded in a distorted setting that emphasized the state of madness.

In the joint selection by Dovzhenko Centre and DTF Magazine, of which «Mars XX» was a part, we told you about 10 monster heroes of Ukrainian animation that came out from the 1960s to the 1990s.

In late October Dovzhenko Centre filed a lawsuit against the Ukrainian State Film Agency demanding that the order to «reorganize» the institution be declared illegal and cancelled.

Preparatory meeting of the Kyiv Economic Court will be held at Bohdan Khmelnytsky Street, 44 B, room number 20 on November 29 at 10:30.

The order to reorganize the Dovzhenko Centre was issued by the Ukrainian State Film Agency on August 5, 2022. And according to the team of the film archive, this actually means its liquidation.

According to the order, Dovzhenko Centre should transfer all films from the collection and property to the «Scientific Center of Cinematography of Ukraine». Then the «Ukrainian Animation Studio» is to be separated from the film archive structure, which will receive the copyrights to Ukrainian animation that now belong to the Centre. And the employees of the institution will be informed of their possible dismissal.

You can read more about the situation around the Dovzhenko Centre here.