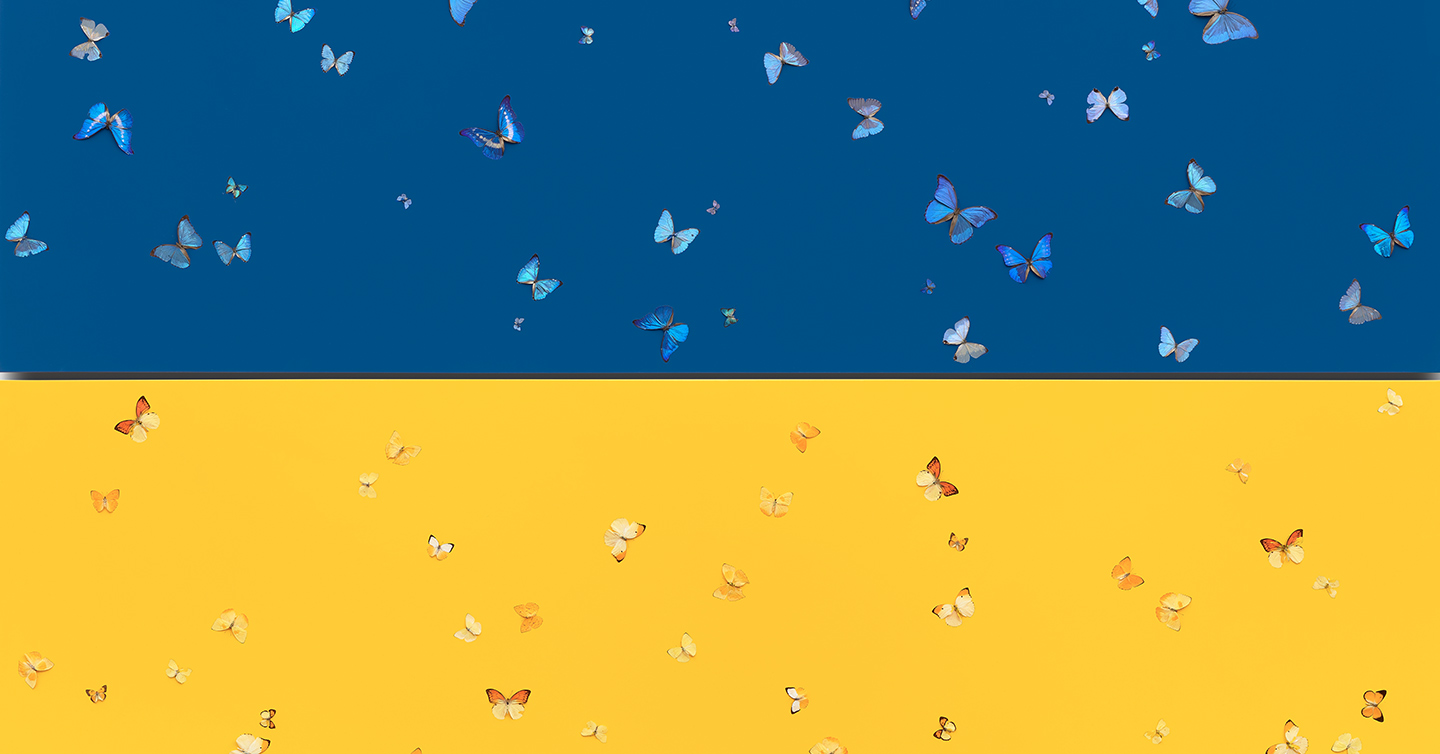 The artist’s new work will be shown for the first time at one of the main exhibitions of contemporary art at the Venice Biennale on April 23. The 6×2 meter diptych Sky Over Corn Field will be part of the event «This is Ukraine: Defending Freedom» organized by PinchukArtCentre, the Office of the President of Ukraine and the Ministry of Culture and Information Policy of Ukraine.

«“This is Ukraine: Defending Freedom” exhibition is about strength, creation and friendship. But above all, it is about our collective freedoms, namely the freedom to choose, the freedom to speak, and the freedom to exist. Rejecting direct accounts of war, the artists deeply analyze their meaning, origins and impact», the organizers note.

The exhibition will contain two parts. The first part will feature «monumental, emotional» works by contemporary Ukrainian artists such as Yevgenia Belorusets, Nikita Kadan and Lesia Khomenko, as well as the classics Maria Priymachenko, Tetyana Yablonska and Stefan Medytsky.

French artist JR provided the work created for the cover of Time magazine, namely a canvas measuring 45×20 meters with a photo of five-year-old Ukrainian girl Valeriia from Kryvyi Rih, who was forced to flee to Warsaw together with her mother. We talked more about this project in our article and interview with JR.

The organizers note that the works for the exhibition were chosen with the participation of the authors themselves and thus express their personal position, proceeding from the need to respond to the current situation. For example, Marina Abramović chose Count on Us (2003), an archival work about the Balkan War.

«We conceptualized, prepared and mounted the exhibition in less than four weeks — this is an impossible project for an impossible time. But doing the impossible is what Ukraine does every day. And that is why this exhibition is necessary and urgent. Ukraine has a strong artistic voice that goes beyond direct accounts of war, bringing up subjects of life and survival, love letters and dreams. We need this voice to be heard, we need to listen to it and rally around it», curator of the exhibition and PinchukArtCentre Bjorn Geldhof said.

Damien Hirst is a British artist, collector, and most famous member of the contemporary artist group Young British Artists. He is also considered the richest artist alive today (Hirst’s fortune was estimated at $392 million in 2019).

The artist’s most expensive work is the sculpture «For the love of God», created in 2007. It is a life-size platinum human skull inlaid with diamonds and with real human teeth. According to Hirst, the sculpture was sold the same year for a record 100 million dollars.

One of the biggest recent works of Hirst was the Drake’s album Certified Lover Boy cover.