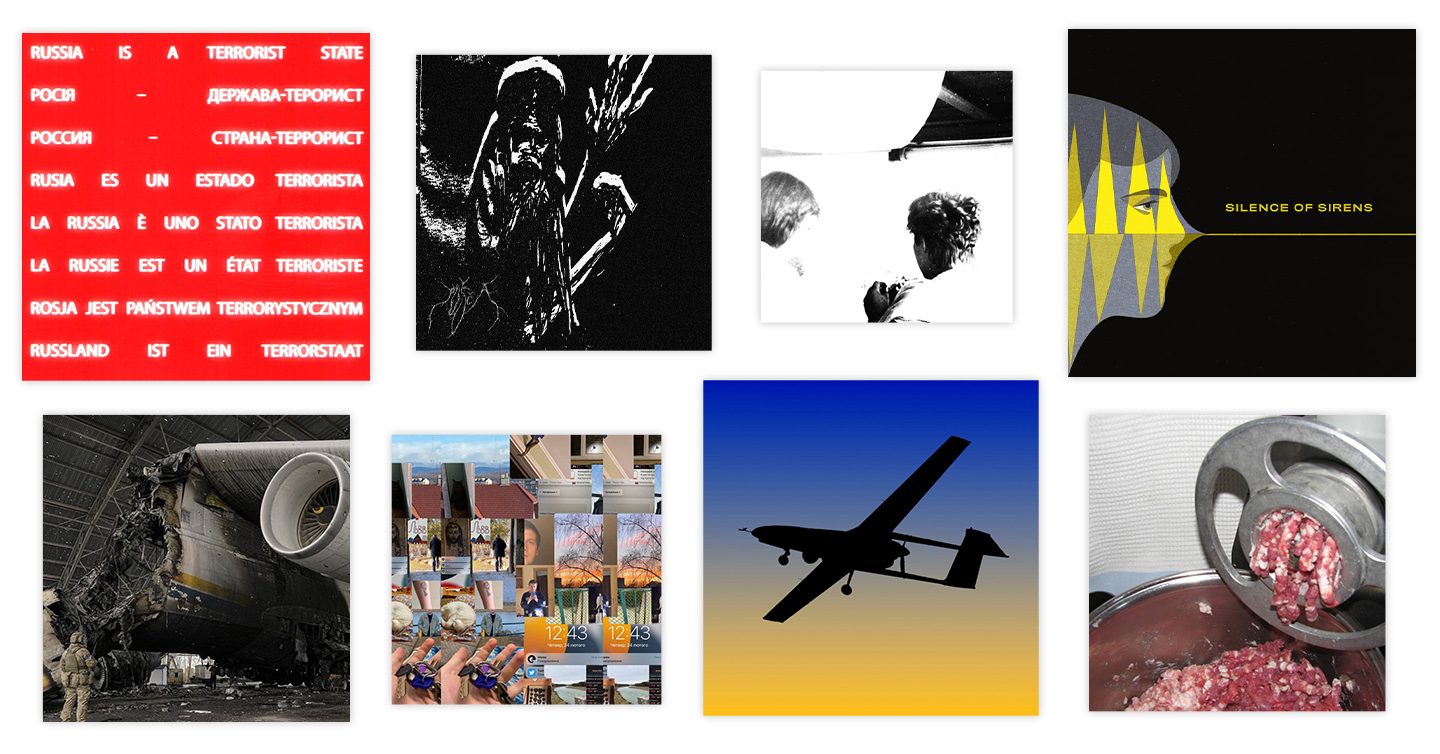 It is the ninth month of the great war initiated by russia against Ukraine. The life of Ukrainians has changed radically during this time, but one way or another the country continues to struggle, to adapt to the new reality and to reflect on the events, particularly in music. Independent Ukrainian musicians are comprehending the war experience in all its details and diversity, while the format radio is continuously broadcasting one-dimensional “bayraktar-core”. DTF Magazine introduces 11 releases that came out during the martial law and make sense of the new Ukrainian reality

The post-metal band from Lviv has been present on the heavy scene for several years, but their music broke out in full force in 2022. The double single war is hell was released on February 25 and embodied the rage and horror of the first days of full-scale war. Cold and boiling at the same time ça brûle breaks through to the space of terrible obscurity, and the tragic jardin de verre brisé sounds like a last cry for a peaceful life. Atypical time signatures, black metal textures and unique combination of expression and vulnerability in Seira’s vocals make Pušča the most avant-garde metal act in Ukraine.

One of the electronic scene’s first responses to the full-blown invasion, the single by Mystictrax co-founder Volodymyr Baranovskyi aka Lostlojic has produced a number of charitable releases from the label. The sample of a viral folk song here gets into the dimension of Ukrainian electronic music, namely a powerful mix of acid and garage. The producer’s ingenuity is evident in his precise sense of context: it’s really easy to imagine an audience that would never appreciate the original ‘Bayraktar’ dancing to this bouncy patriotic track.

Another track dedicated to Turkish UCAV was released at the end of spring by Odesa sound collagist undo despot. A complex post-internet construction of industrial textures and viscous ambient accompanies a moody, girlish vesnianka. Her central themes are overcoming fear and refusing to communicate with the enemy — a controversial topic because many Ukrainian artists and performers have not shunned collaborations with russian musical soulmates since 2014.

The Future pop project of Bohdan Konakov, producer, promoter and founder of the SHITS label, debuted this year with a single dedication to Mriya, the largest plane in the world that was destroyed by russian bombing on February 27. Despite the sound of rockets, the track calls for hope, as the famous plane has given it to thousands of people during its existence: it saved the lives of refugees in military conflicts and transported humanitarian aid. The slow tempo, the ‘cloud’ mood and the endless repetition of the plane’s name, which resembles a mantra, are meant to provide psychological support for all the desperate.

The author of the track sho vy brattya — a satirical anthem of the first days of the full-scale war — revisits the hilarious hatred toward the Moskals in budem snidat, a mocking recipe for making sausage out of a russian soldier. Druce’s musings on Ukrainian identity are appended to the disses addressed to the brotherly people. After sho vy brattya, it seemed that no one else could so skillfully combine the info noise with memes and sharp sense of humor. jockii druce did it for the second time.

TUCHA — russia is a terrorist state

Straightforward dark electro/EMB resonates in the activist ambitions of Maria Tuchka, a singer and video blogger who can turn a small club into a rave venue. russia is a terrorist state is TUCHA’s third military-themed single, after the equally famous Vojin (co-written with Koloah) and Mesnyky. «russia is a terrorist state» — a thesis repeated in seven European languages, finally convinces of the black-and-white (with a touch of red) nature of this war.

Also check out TUCHA’s live performance on the first broadcast by DTF Magazine and Gasoline Radio.

The experience of war consists of many unequal parts. Probably the most significant of these is love and worry for loved ones. Oleksii Podat’s painfully melodic ambient noise sketches seem to be created to give voice to a shaky sense of relative safety. The Bandcamp edition of the single includes a PDF file with photos of the Carpathian Mountains, taken by Oleksii’s mother in a temporary shelter far away from her native Sloviansk.

Indie folk artist Sofia Schwager wrote Tempo as part of the project Music is an answer by Music Export Ukraine in collaboration with local musician Wilhelm Strange. Unlike her earlier meditative songs with acoustic guitar, the fully realized arrangement finds a way of bringing out both Sofia’s voice and songwriting technique. Ironically, that’s what the song is about, namely changing skin, changing scales, trying to keep up with life, moving at the pace of it, even when you don’t know what tomorrow will bring.

Clarification from the editors: Tempo was recorded as part of the project Music is an answer by Music Export Ukraine, not at the residency in Denmark, as stated in the first version of the text. And Wilhelm Strange took part in it as a musician, not as a producer. We apologize for the inaccuracy.

Despite the title, the album by the enigmatic producer and photographer consists not only of field recordings, but also of small details around them: white noises of rooms and electrical appliances, monotonous ambient in the background of street soundscapes. Someone else would brag about the conceptualizm of this music, but Adaa Zagorodnya doesopposite — she assures us that this is not a coherent work, but a collection of recordings that might very well be random. This approach gives the album a stronger and scarier effect: we hear an ordinary winter month breaking in half at four in the morning on February 24, 2022.

Another compilation of field recordings by the Difference Machine project, which is bigger than Adaa Zagorodnya’s album both in timing and intent. nikoly ne zmyryatsya is a tapestry of war woven with the help of recorders and samplers with a dizzying array of characters and details. The recordings were made by Ukrainians in different parts of the country and the world between February 24 and June 24. The author notes that he did not add any «external» sounds, only processed the existing recordings. The only exception to the «here and now» concept was the interview with Dzhokhar Dudayev in the final track which places the direct experience of the war in the historical perspective of imperial violence. The project continued with an audio series on Gasoline Radio.

The project of DJ and producer Philipp Markovich is a collection of 25 tracks and a website with an interactive map of Ukraine. Visitors will be able to hear the sound of the sirens of a selected region by clicking on each of the regions. According to the curator, the project is aimed at an international audience and is designed to delve into the horrific experience of the «silence of war»: reinterpreting John Cage’s conceptual work 4′33, Markovich assures that the sirens are part of the new silence, and thus the new music.

Read more articles about music here, and about the Kyiv electronic scene here.

they will never surrender 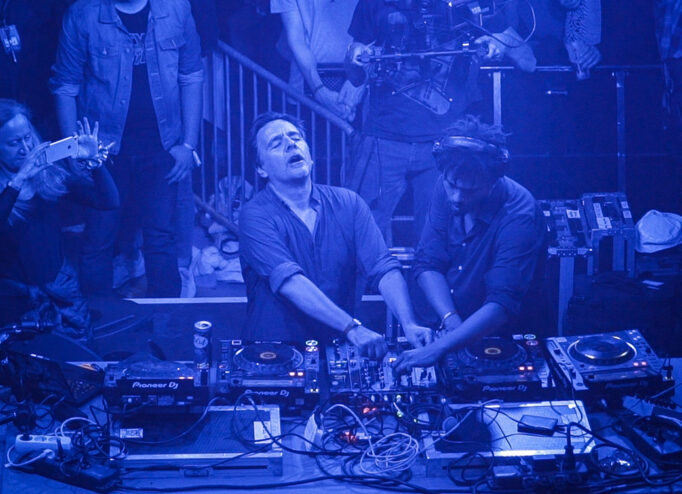 Meet EVE8: they are streaming in unique Ukrainian locations Sedef Adasi: «We are all Habibis to each other on the dance floor»