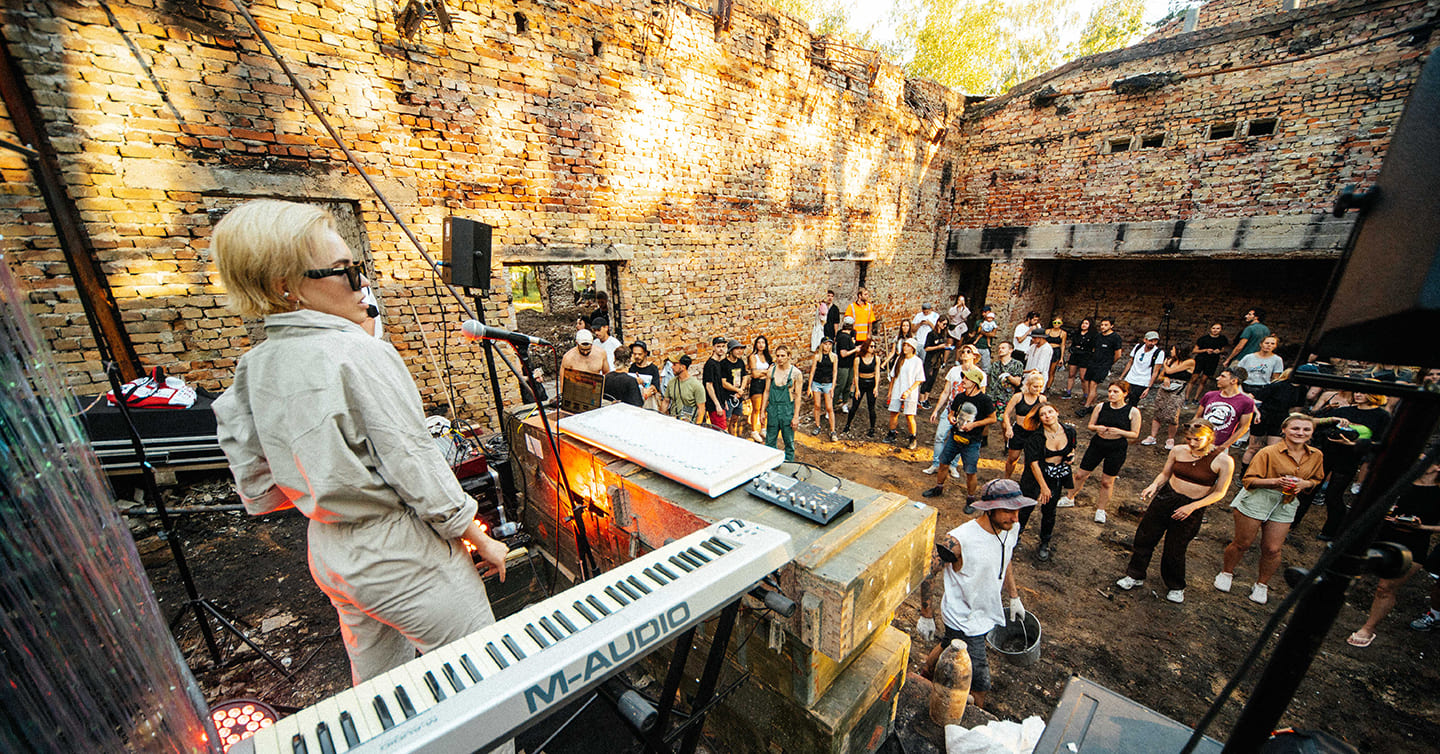 On October 22 Ukrainian electronic musicians Sasha Zhylyayev and Oleksii Maurin together with German promo-band Bliss will hold a charity party TOLOKA in Darmstadt, Germany. The goal of the event is to raise funds in support of the Repair Together volunteer initiative for the reconstruction of Ukrainian villages affected by the russian occupation

The organizers of TOLOKA plan to «attract an international community to the Ukrainian volunteer reconstruction movement» with the help of the charity party.

TOLOKA will take place in the iconic for the German electronic scene club Galerie Kurzweil. Ukrainian musicians and producers Koloah, Borys, Noizar, Pavel Plastikk and the duo POBO (Zhilik & Maurin) are announced in the line-up. They will be joined by German DJs Anna Hjalmarsson and Bliss, who will play sets at the party.

Charity market with traditional Ukrainian dishes will be held at TOLOKA. All proceeds from ticket, merch and food sales will be donated to Repair Together.

Party guests will be able to support the volunteer organization in several ways: they can sign up for construction work to rebuild affected villages in Ukraine, make a donation, or support the second wave of their international campaign, The Stone, which was launched in September.

The Stone is an exhibition for which the team placed bricks of destroyed Ukrainian houses in eight European cities (Amsterdam, Prague, Paris, Warsaw, Vilnius, Kaunas, Klaipeda and Berlin) with the inscription «Imagine that this is all that is left of someone’s home». Together with the stones in different points of Europe the team has put up posters with a QR code, which should be scanned in order to get the detailed information about the activity of Repair Together and the ways of support of the suffered Ukrainians.

Repair Together, a volunteer initiative to revitalize de-occupied Ukrainian villages and towns, was launched in May of this year. The team received a lot of publicity thanks to сommunal works, during which volunteers cleaned buildings, schools, and palaces of culture destroyed by the russian military to the sets of local electronic artists and DJs.

A number of major Western media outlets wrote about the initiative, including The New York Times, Dazed, Washington Post and BBC.