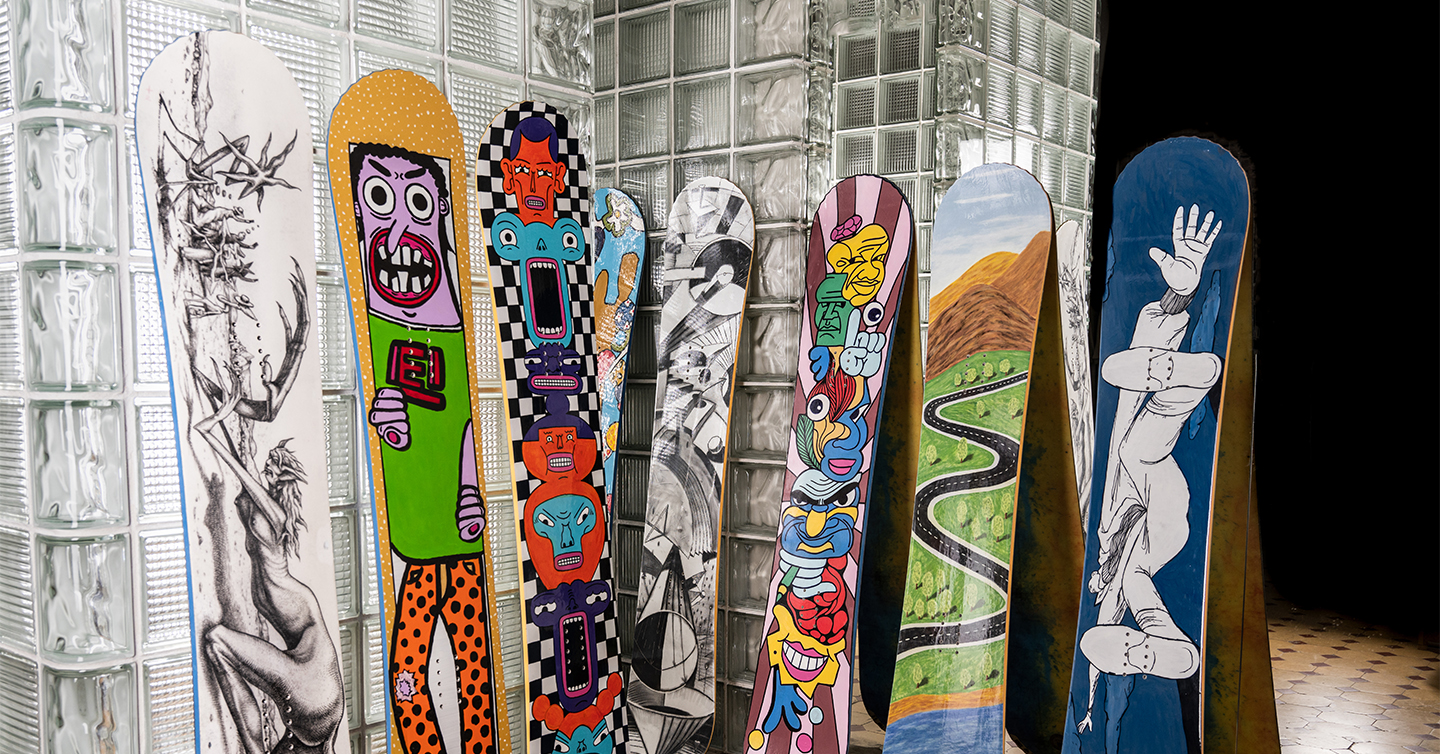 The Double Triple, don’t Take Fake and Ukrainian snowboard brand Holy Wood Boards have teamed up for a joint charity art project. It is an online auction, where 10 snowboards with the works of Ukrainian artists and illustrators will be sold. All proceeds from the auction will be used for the program of psychological rehabilitation of the Ukrainian military. DTF Magazine tells more about the auction and how to join it

Double Triple, don’t Take Fake and Holy Wood Boards explain that with this project they want to draw attention to the issue of psychological rehabilitation of the military, «one of the areas that requires attention and a comprehensive approach now» and to raise funds for the implementation of the appropriate program.

«Psychological rehabilitation is not a problem for each individual military member, it’s something that concerns all of us, — the don’t Take Fake and Double Triple team explains. — The worst thing civil society can do is to leave the military alone after their experiences at the front, after the losses of fellow soldiers, after their injuries».

According to Artur Roman, founder of Holy Wood Boards, while volunteering in the early months of the war, he began thinking about an initiative that would help raise funds to support the military during the rehabilitation period, but at the time most of the funds went to more pressing needs, such as buying ammunition, medicine, food or transportation.

«Everyone was involved in attracting donations, and I wanted to be able to attract large sums and exchange them for a nice and exclusive thing», Artur added.

Which artists have joined

Holy Wood Boards made 10 snowboards, and 10 artists invited by don’t Take Fake painted their new works especially for the project. Each board is a one-of-a-kind piece.

«We wanted to showcase different styles, experiences, and backgrounds when we formed the artist line-up. Thus, we were able to bring together graphic artists, street art and pop art artists, illustrators, each of whom created a new work especially for this project, using Holy Wood Boards snowboards as a canvas. It is noteworthy that some of the works in one way or another capture our time and touch on the theme of war in Ukraine, the feeling of freedom and security, which has taken on a particularly acute meaning», the don’t Take Fake and Double Triple team adds.

How will the auction be carried out

The auction will be held in online format on Double Triple’s Instagram. It will start on December 5 and end on December 11 (23:59 Kyiv time).

Photos of all 10 boards will be posted in the Double Triple account, one post is one lot. Bids will be accepted in the comments

Where will the proceeds go

The Double Triple, don’t Take Fake and Holy Wood Boards teams will donate 100% of the proceeds from the auction to the public organization «Ruh zmin» for a program of psychological and physiological rehabilitation of the military.

«Almost every serviceman needs psychological and physiological rehabilitation when he returns to civilian life. The lack of timely qualified psychological assistance can lead to serious negative consequences both for the combatant and his relatives and for society as a whole», the «Ruh zmin» team explains.

The rehabilitation program by «Ruh zmin» is a special three-day course developed on the basis of one of the hospitals in Kyiv. It will be implemented by a multidisciplinary team of specialists, namely psychologists, psychiatrists, massage therapists and lawyers.

The course will reach 100 wounded servicemen. Among the planned areas of work of the specialists are diagnostics of post-traumatic stress disorder and other mental disorders, individual consultations and drawing up a plan for further treatment and rehabilitation (both physical and psychological), training on psychological assistance to servicemen for medics, and legal advice on military service or obtaining status.

Detailed information about the program, methodology and algorithm can be found here.

The Double Triple, don’t Take Fake, and Holy Wood Boards teams clarified that they are additionally considering covering the cost of medical drugs prescribed by military specialists. This issue will depend on the final amount raised at the auction — the results of the auction will be reported on Double Triple’s social media pages.