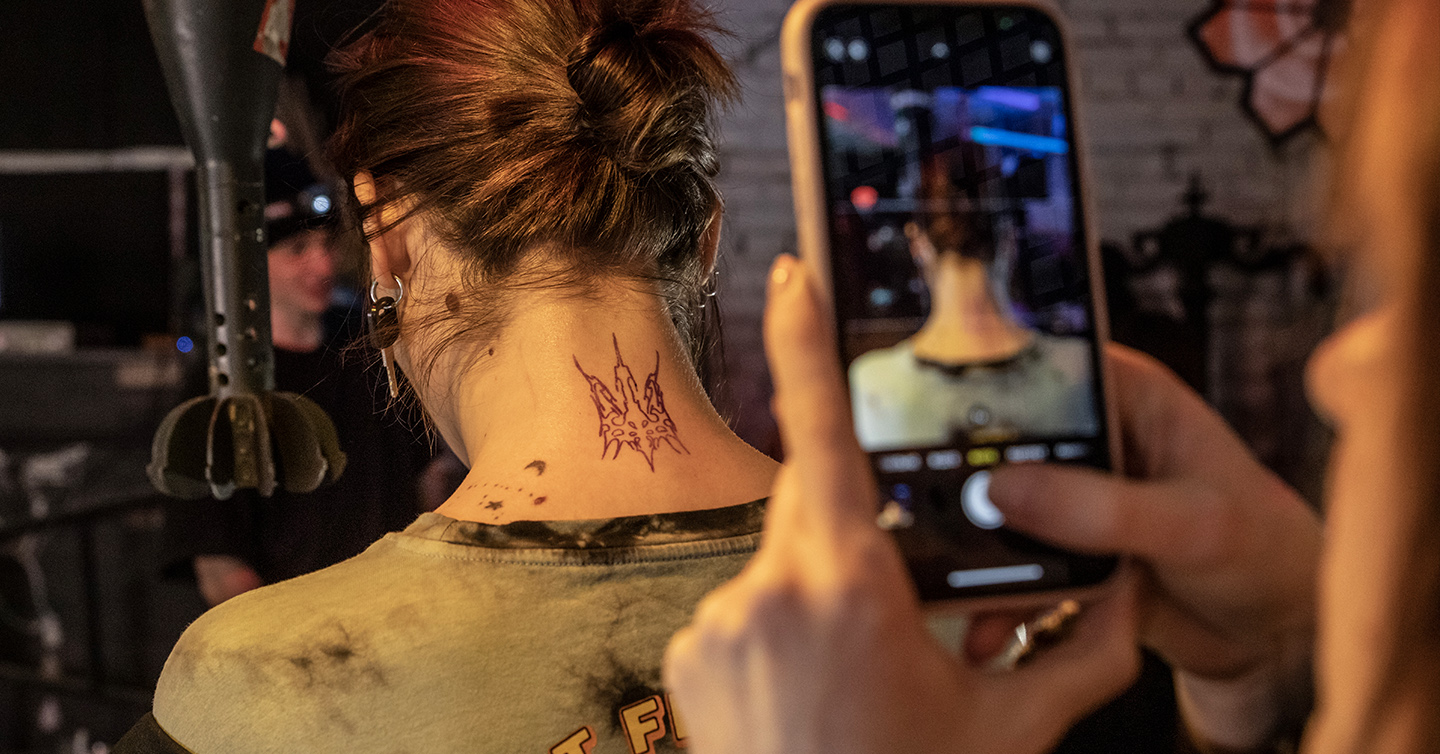 A charity tattoo festival will be held on Nyzhnoyurkivska Street, 31

Ukrainian tattoo artists will hold charity sessions in support of the Ukrainian army in the PlusPlus studio on Nyzhnoyurkivska, 31 on May 7. They will be part of a festival with film screenings, installations and DJ-sets, for which the entire space of the former weaving factory will be used

The tattoo initiative, launched in early April, was spearheaded by Kyiv-based tattoo artist Sasha Animal. He told DTF Magazine that the team holds charity tattoo sessions every Saturday and will continue to do so «as long as necessary».

«In the beginning the situation in the city was dangerous and there were almost no customers. In April the Kyivers started returning home, the city began to revive, and the idea of gathering several masters in one place and doing tattoos for a donation for the army to all comers appeared. The location on Nyzhnoyurkivska, 31, a club which is not working at the moment, was chosen as the venue. That way we could again do what we love and help the military financially».

You can get a tattoo for a donation to the account of one of the funds, namely «Come back alive» or the official accounts of the National Bank and the regiment «Azov». To do this, the client only needs to show a receipt confirming the donation. There is no fixed amount of charitable donation. According to Sasha, on average people donate at least 1000 UAH, and they have already collected 133 thousand UAH in a month.

There are 14 tattoo artists in the initiative’s team. Among them are not only artists from Kyiv, but also, for example, from Kharkiv. The full list is posted before every Saturday session.

Those wishing to join can write to Sasha in private messages. The artist must have his own equipment and supplies, as well as «the desire and strength to work for free for 9 hours».

What kinds of tattoos are done most often

Sasha said that among the most popular designs are Molotov cocktails, a map of Ukraine, chestnut leaves and the word «рalianytsia». Each master also has his own themed set with tattoos dedicated to Ukrainian writers, cities or symbols.

The tattoo artist said the most unusual request was a huge drawing of a trident across his torso: «A man wanted such a tattoo two hours before curfew. It was done simultaneously by two artists with four hands».