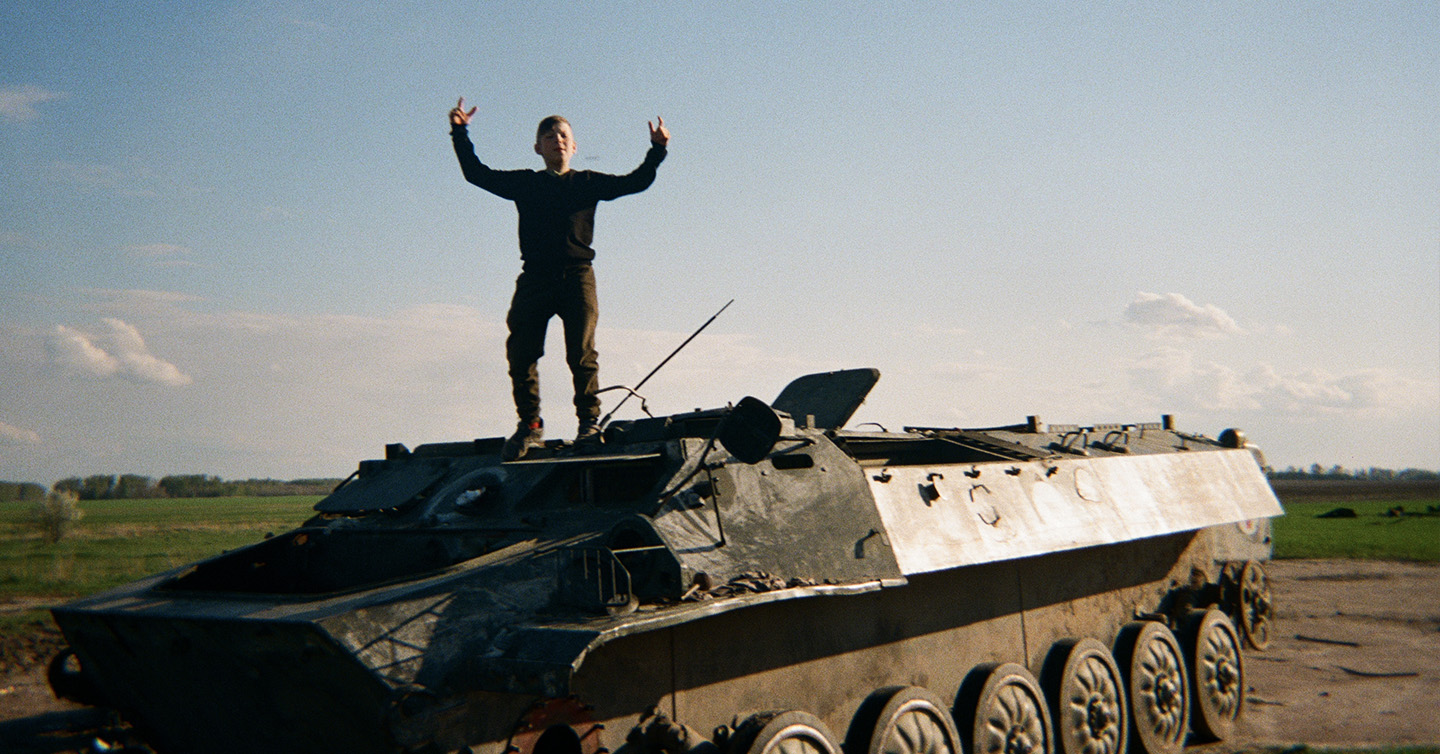 The charitable exhibition of the project Behind Blue Eyes will take place in Kyiv’s Avangarden Gallery on 23a Sichovykh Striltsiv Street on July 23-24. There will be photos created by children from de-occupied villages of Ukraine, taken with disposable film cameras, and donations will be collected to realize the wishes of children participating in the project. DTF Magazine talked to the initiators of the Behind Blue Eyes project Dima Zubkov and Artem Skorohodko and tells more

How the idea came about

Dima and Artem got the idea for the project during their volunteer trips to three de-occupied villages in Chernihiv region, namely Yahidne, Sloboda, and Lukashivka. For several months they provided food and basic necessities to local residents — there were many children among them, «who became friends of the volunteers and exuded that shine that we wanted to capture in difficult times».

During one of the trips, Dima and Artem handed out disposable film cameras to all willing children and asked them to photograph anything they wanted during the week. The main condition was that there were no set rules or wishes for the pictures. 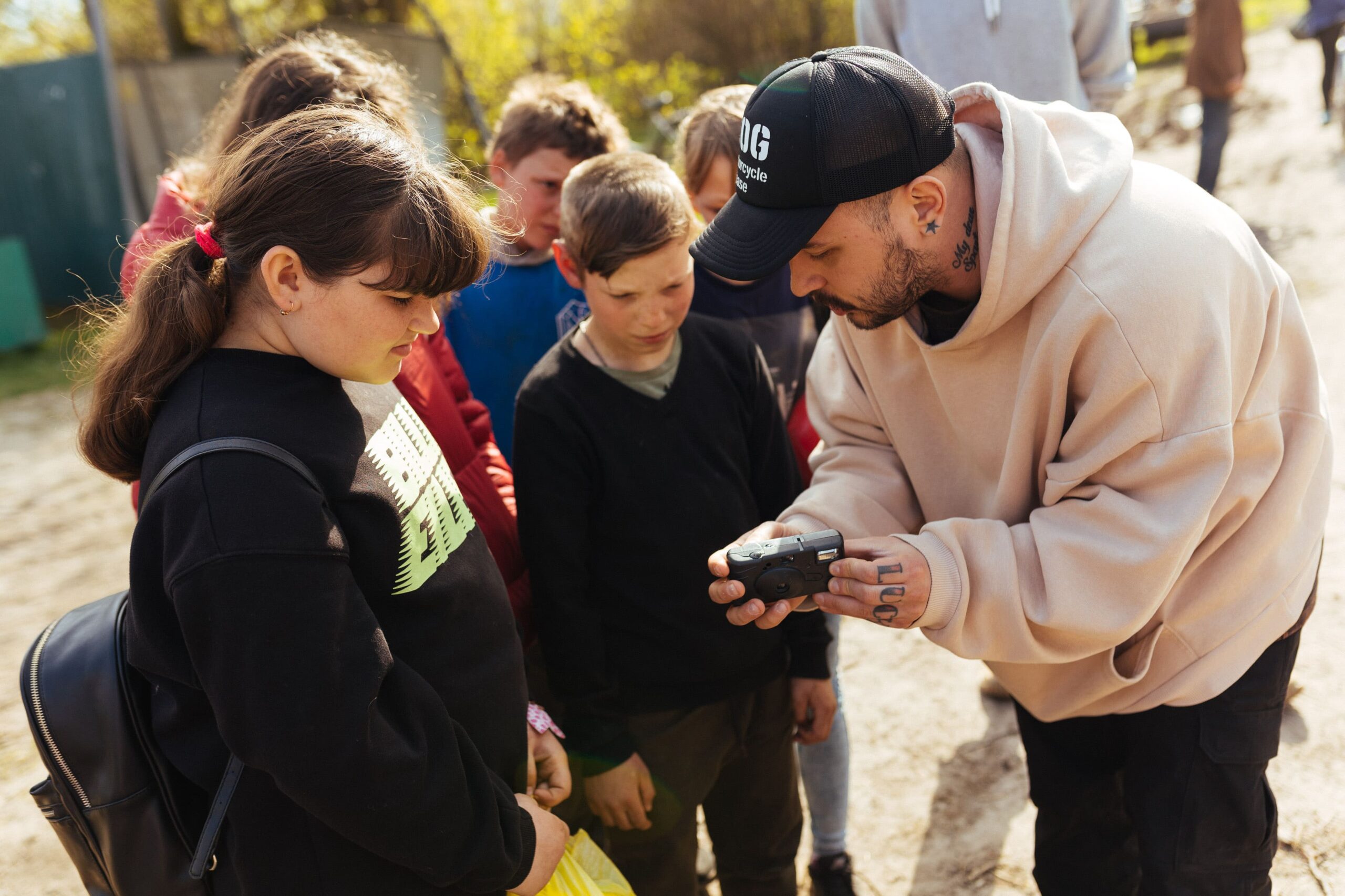 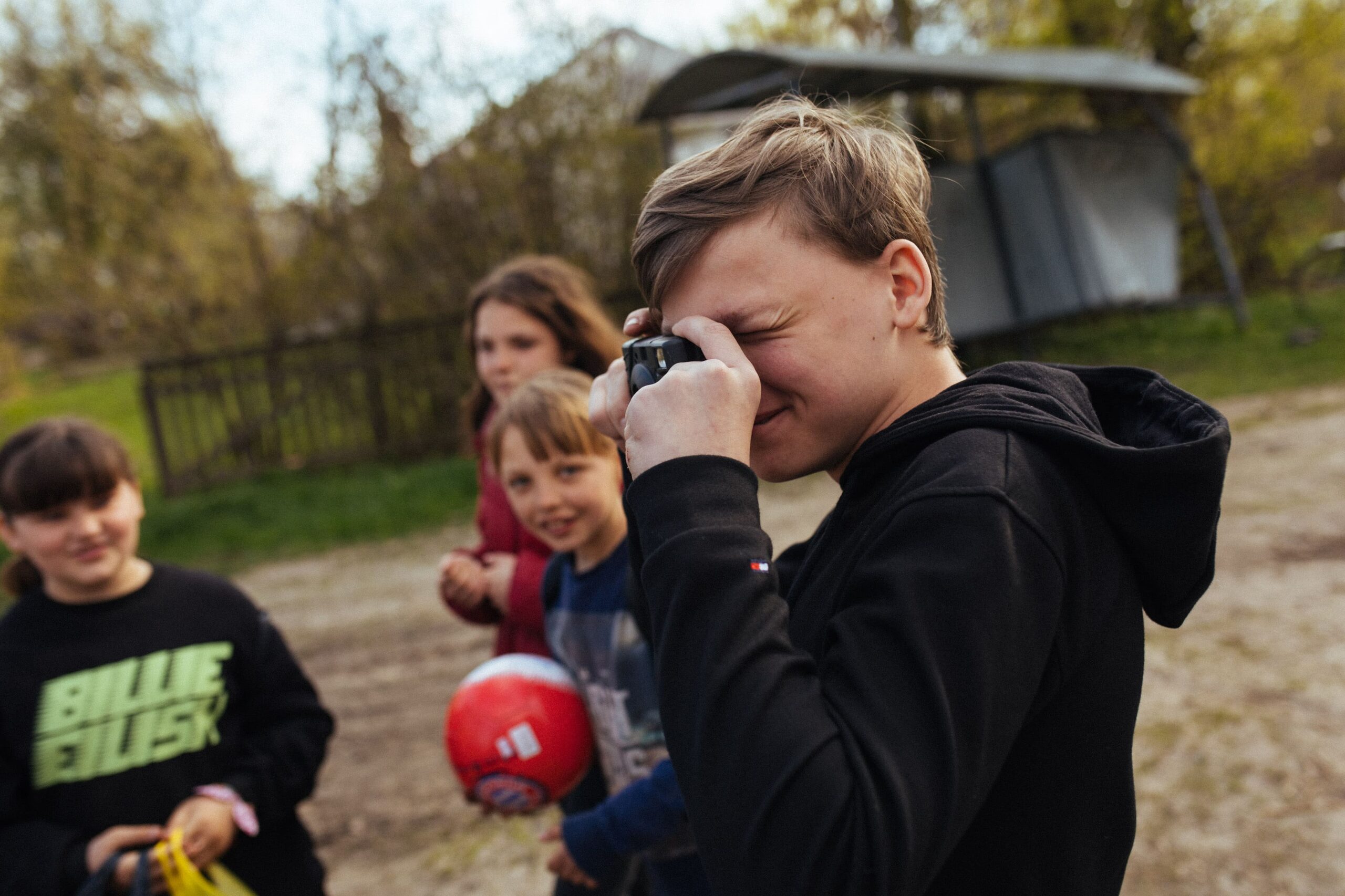 According to the organizers, the project allows children to «express themselves» and shows how they really see the world.

They chose the English idiom Behind Blue Eyes for the title of the project, which «means hiding internal negative emotions, worries and rage under a completely normal appearance and condition».

According to the team, this expression fully embodies the heroes of their project, namely ordinary children who faced the horrors of war.

«This naming also resonates with the main slow dance of our childhood (we are talking about the Limp Bizkit track of the same name — note from DTF Magazine). Also, blue is a special color for Ukrainians», they add.

The goal of the project was not only to document the effects of war and the world around children, but also to realize children’s dreams and desires.

Organizers asked local children to write their own personal wishlist to «show them that creativity can be a powerful tool to realize their own dreams», which «should not be taken away by war». 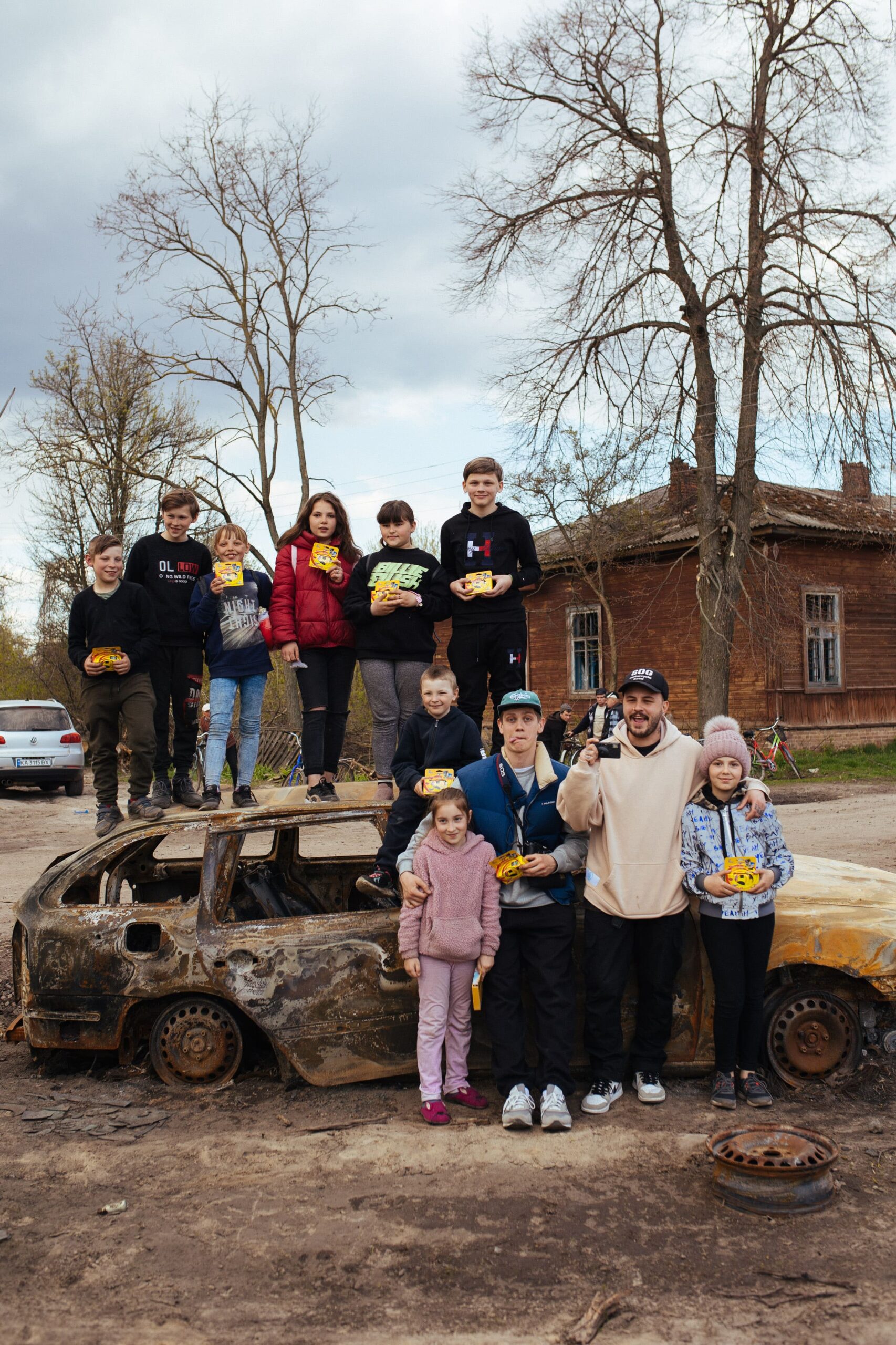 For now, the project team is collecting donations in order to buy gifts for the participating children, according to their wishlists. The necessary amount is approximately 200 thousand UAH: 80% of the funds will go to the purchase, design and delivery of gifts, the remaining 20% will cover the costs of travel to the de-occupied villages, the purchase of cameras, film processing and printing of photographs for the upcoming exhibition.

You can transfer a donation to the project’s account by following this link. Anyone can check out the participants’ wishlists on the Behind Blue Eyes Instagram page and personally help find a specific gift.

What kind of pictures they got

In total, Artem and Dima handed out nine film cameras in the village of Lukashivka. According to Zubkov, the children were interested in the mechanics of the cameras from the very beginning, and some of them «couldn’t understand until the last moment where they could see the picture they had taken».

«It’s interesting to realize that they are already a completely different generation of people, people of the future, who did not live in the days of film cameras, — Dima explained. — It seems to me that due to this we got an interesting paradox, that the old technology became something new and unexplored for them».

Children’s pictures show portraits of parents or friends, pictures of flowers, houses and yards bombed in the fighting, and remnants of shells and rockets.

On the Behind Blue Eyes page, the team gradually introduces each of the project participants, along with their photos, gift-wishlists and answers to questions like «What’s your dream?», «What do you like to do most?» and «How do you see the future?».

— What is your dream?

«I’d like to bring my grandmother back to life».

— What is your favorite thing to do?

«I just like to sit at the roadblock and check cars».

— How do you see the future?

«I don’t know, I hadn’t thought about it. I was thinking about going to the river tomorrow».

«These photos are something much-needed now. On the one hand, we have unique material, a view of the war and its consequences through the eyes of the future. On the other hand, it’s a chance to personally understand something important about ourselves, about childhood, about their connection, about war and death, about life and the future. Everyone has their own opinions and we should thank the children for that», Artem Skorohodko comments on the result of the project .

In the future, the team plans to expand the initiative to children from other war-affected regions of Ukraine. In this way they want to create «a holistic imprint of the terrible events from an angle never seen before».