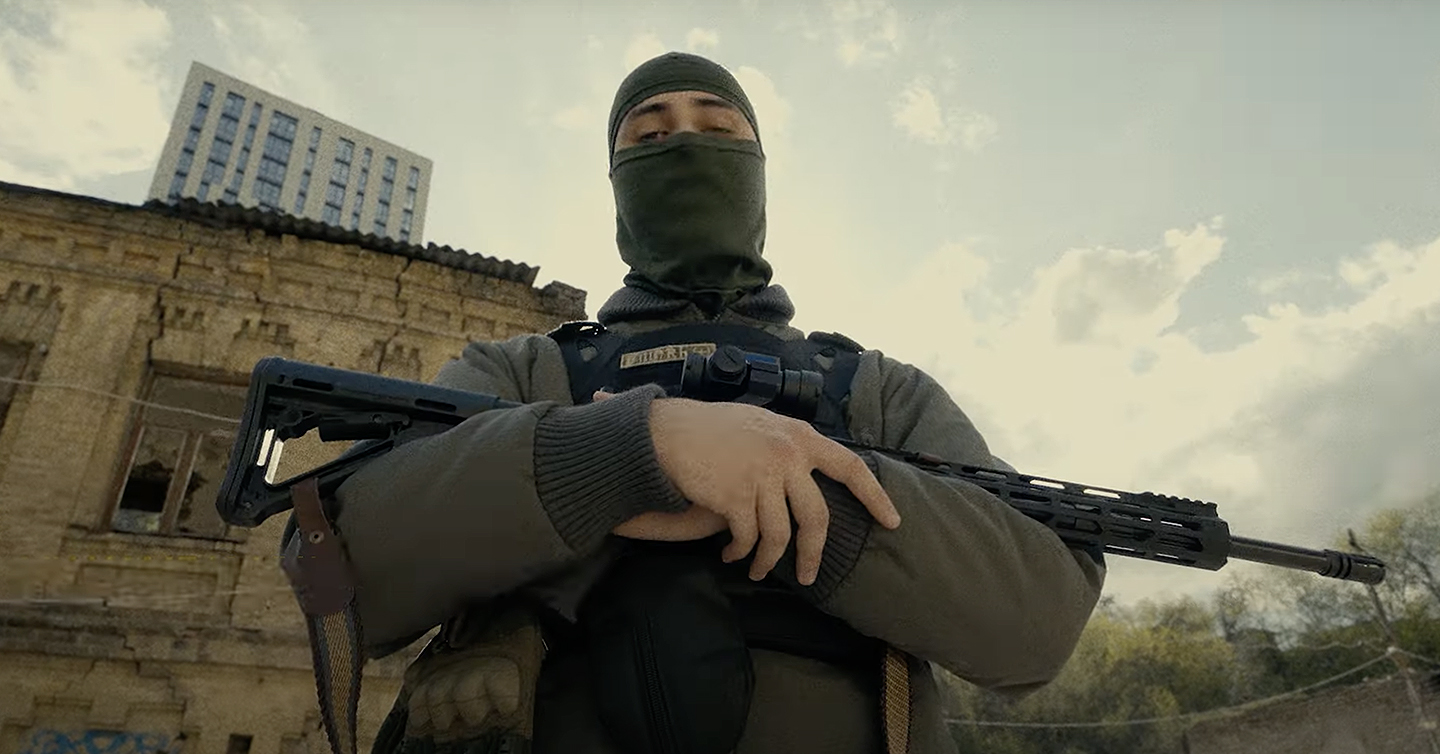 FIND MY COUNTRY: Listen to the new release from Ukrainian rapper OTOY

Ukrainian hip-hop artist OTOY released the single FIND MY COUNTRY and a lyric video to it. He dedicated the work to his brother Dmytro Lysen and the soldiers of the «Azov» regiment, who are stationed at the «Azovstal» plant in besieged Mariupol.

According to OTOY, this is the first track he has written «in his free time» since the beginning of the full-scale war in Ukraine. Ukrainian producer MOEERR wrote the music for the track, and cameraman and director Angel Angelov worked on the video.

«Dima brought a body armor to my home in Lviv in 2014. It was damp, the clasps were broken, and my mother told me to go to the atelier and ask for it to be re-stitched. Barely picking up that body armor, I carried it to the atelier, wondering what it was for on the way. When I came back, I said to Dima: “Where do you need it?“,  Dima said, “In Mariupol, I was born there“. I ask: “Why are you going there?“. “And how can I stand by if war has come to my house?“. The year is 2022, the war is already in full swing. Dima and the rest of the fighters are at “Azovstal“. This work is dedicated to them», OTOY writes.

The artist is in Kyiv. A few weeks after the start of the war, he joined the resistance movement of the AFU Special Operations Forces and is involved in providing the fighters with the necessary items.

The blockade of half a million people in Mariupol has lasted since March 1, with no communication, water, electricity, gas, or heat in the city. About a thousand civilians, including many women, children and the elderly, together with the military are now sheltering at the «Azovstal» steel plant, which is constantly attacked by missiles and air strikes.

On April 19, Svyatoslav «Kalyna» Palamar, deputy commander of the «Azov» regiment, told Radio Liberty that the factory is «bombed and almost completely destroyed», and that there were a lot of people under the rubble.

OTOY (real name is Vyacheslav Drofa) — is a Ukrainian hip-hop artist. Vyacheslav was born in Lviv, now lives in Kyiv. His debut mini-album CVIT was released in December 2020.

The rapper released a joint mini-album with musician The Lazy Jesus in June 2021.