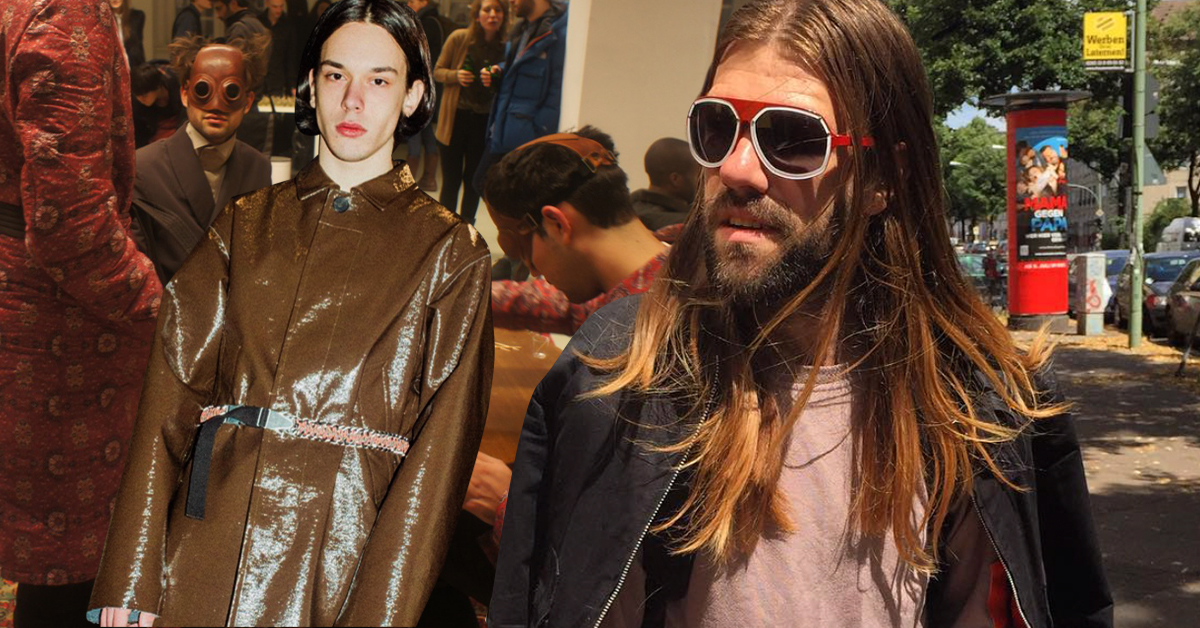 Ukraine’s Sasha Kanevskyi is a designer in Kanye West’s team. What you need to know about him

Yeezy is a fashion brand that in less than five years has become a huge mechanism as well as a primary source of income for Kanye (even his music career doesn’t make so much money): the annual turnover of adidas Yeezy fashion line exceeded one billion dollars. Naturally, West is not the only person behind these projects.

Previously, we wrote about Steven Smith, a designer who created most of Yeezy sneakers. Now we would like to introduce a designer from Ukraine who moved to the US and became a senior designer for Kanye West’s clothing line.

Correction [08.09.20]: We wrote in the original article that Kanevskyi’s wife Kristina worked at Yeezy together with her husband. In fact, Kristina Fomenko, a designer from Ukraine who works at Yeezy, is not Sasha’s wife.

Before joining Yeezy, he founded two brands in Ukraine

After graduating from school, Kanevskyi, following the advice of his mother who worked as a clothing designer, enrolled at Kyiv National University of Technologies and Design. However, he became really interested in creating clothes only when he was in his third year of study.

Before launching his own brand, Kanevskyi wanted to work for Lilia Poustovit. However, she refused to employ Sasha, deeming him too promising of a designer, after which he decided to launch his own project.

His first brand was self-titled label sasha.kanevski, launched in 2008. But soon, he realized that the looks, created by that brand, were too niche for ordinary customers. That’s why in 2014, Kanevskyi launched Übernormal, a brand of basic clothes without any prints or logos.

In Sasha’s vision, Übernormal was focused only on the local market and corresponded to its prices (for example, the brand’s t-shirt cost 375 hryvnias). Kanevskyi was not satisfied with the markup of foreign buyers, plus the brand production volume was not large. For those reasons, he decided to focus on developing a high-quality brand of basic clothing in Ukraine.

Sasha was promoting his first brand abroad: sasha.kanevski even had a showroom in Paris. However, the avant-garde brand was more interesting for the media, than for buyers. So in terms of profitability, Übernormal was more of a successful project for him.

‘In Ukraine, people in creative professions who have money, buy my clothes. It’s a negligible percentage. I think that my clients still go to school’, said Kanevskyi about sasha.kanevski.

Among his achievements, there are the creation of stage costumes for Ukrainian rock-band Esthetic Education, collaborations with Pilsok, Ali Saulidi, and a victory in Ukraine Bazaar Fashion Forward in 2009, the first Harper’s Bazaar contest. In 2012, Kanevskyi was included in the list of the most interesting European designers according to the US edition Refinery29.

In addition to working with two brands, he was engaged in his own design bureau. That’s probably how Kanye West found out about him

Kanevskyi’s bureau was creating the design of clothes: the team was creating samples, templates, layouts and was preparing them to be released for the production. Among the bureau’s clients were both Ukrainian and foreign brands.

For instance, Sasha’s team was working with the Ukrainian mass-market brand Arber for three months. The bureau devised the design, identity, and a brand book for the Freedom by Arber fashion line which included sportswear and casual wear.

Such foreign companies as Pepsi, L’Oréal, and Martini were listed in the portfolio. Besides, Kanevskyi’s agency was working with an untitled brand from the US.

Kanevskyi’s clothing was sold on Hypebeast and his shows were held in Kyiv, Berlin, Tbilisi, London, and Milan.

Another special thing about Sasha is his desire to hold unique shows. For example, the decoration for the sasha.kanevski show in Germany in 2017 was decided to be done in the Soviet style. To achieve it, Kanevskyi and his team brought several old carpets to Berlin from Kyiv, while the rest of the decorations, such as Soviet-style furniture and tableware, they found in one of Berlin’s film studios. After the show, they entertained the guests offering them to drink vodka and snack on pickles.

Raf Simons collection that he saw in a magazine, inspired him to pursue a fashion career

During studying at the university, Kanevskyi and his classmates were not allowed to read magazines before they would have finished studying the basic literature. ‘So we would copy nothing’, the designer explained in the interview.

‘It happens subconsciously: I love Lady Gaga and Madonna, so I draw their images. We were taught to think not in terms of “a dress” or “a blouse”, but in terms of “a spot”, “a line”, and “a silhouette”’, Sasha adds.

The ban to read magazines was lifted only in the third year of study. That’s when Kanevskyi discovered fashion magazines for the first time. His first magazine was Collezioni, in which he saw the Raf Simons collection. According to him, it was a turning point.

‘I was impressed by everything from the model selection to the collection distinctness. I realized that I was on the right way, and creating clothes was for me. It was the moment of awareness’.

Among others inspirations for Sasha there are Helmut Lang, Yohji Yamamoto, and Calvin Klein. Kanevskyi is inspired by the simplicity and utility of their brands’ clothes as well as the model casting and show production.

In Sasha’s opinion, many things, created by these designers 20 years ago, still look relevant and up-to-date. That’s why for Kanevskyi, a combination of beauty and utility is an essential part of the design.

In the clothes, created by Kanevskyi, he emphasizes natural materials and also combines a complicated, but functional fit and a light silhouette. Another reference is sports aesthetics.

Since 2018, he has been working as a senior designer at Yeezy

On Kanevskyi’s LinkedIn page, it’s stated that he has been working at Yeezy since January 2018. In the same year, he posted on Instagram the first photos of West’s inner circle. Together with his wife Kristina and their son, they took part in the campaign for the new colour of adidas Yeezy 500 sneakers.

Based on Sasha’s posts, he attended Kanye’s Sunday services more than once, was at his performance at Coachella in 2019 as well as helped West to hold the first Yeezy show in Paris last March.

It’s not known how negotiations between Kanevskyi and West were going. Before joining Yeezy team, he was saying that he planned to develop his Ukrainian brands.

‘I don’t see myself in it. Basically, it’s clear what strings to pull and who to speak to. But I like working in Ukraine. The fashion industry only starts developing here, the market is an emerging one. There are certainly opportunities and some kind of a gambling spirit’, Sasha said about the prospect of working abroad.

However, in 2017, Instagram accounts of Übernormal and sasha.kanevski stopped being updated, and the Übernormal website, despite still working, is not active.

DTF Magazine contacted Sasha for comments and clarifications, however, a reply has not been received.

Correction [08.09.20]: We wrote in the original article that Kanevskyi’s wife Kristina worked at Yeezy together with her husband. In fact, Kristina Fomenko, a designer from Ukraine who works at Yeezy, is not Sasha’s wife.

According to West, Kristina has been working with him for 9 years and showed him sketches for adidas back when he used to work with Nike. Kanevskyi started to work with the rapper later.

It is also unknown what exactly Sasha is working on at Yeezy. Over the past several months, he has been in at least two posts on Kanye’s Twitter page in which the rapper showed the process of creating the Yeezy x Gap joint collection. 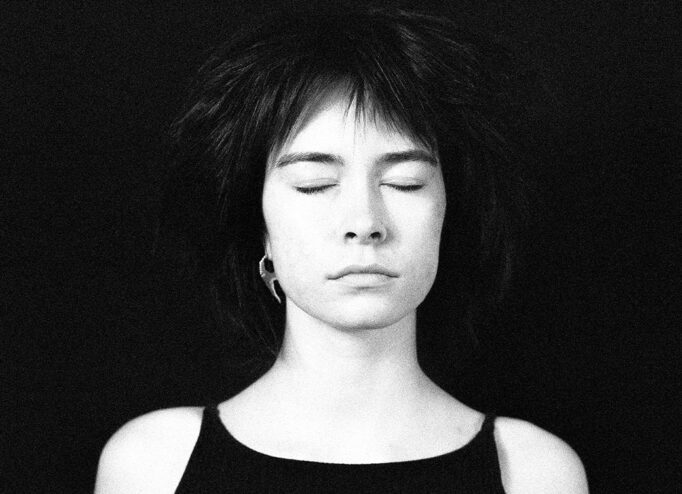 «I was inspired by the way moss grows and decay processes take place». Meet the Kyiv-based jewelry brand Broq