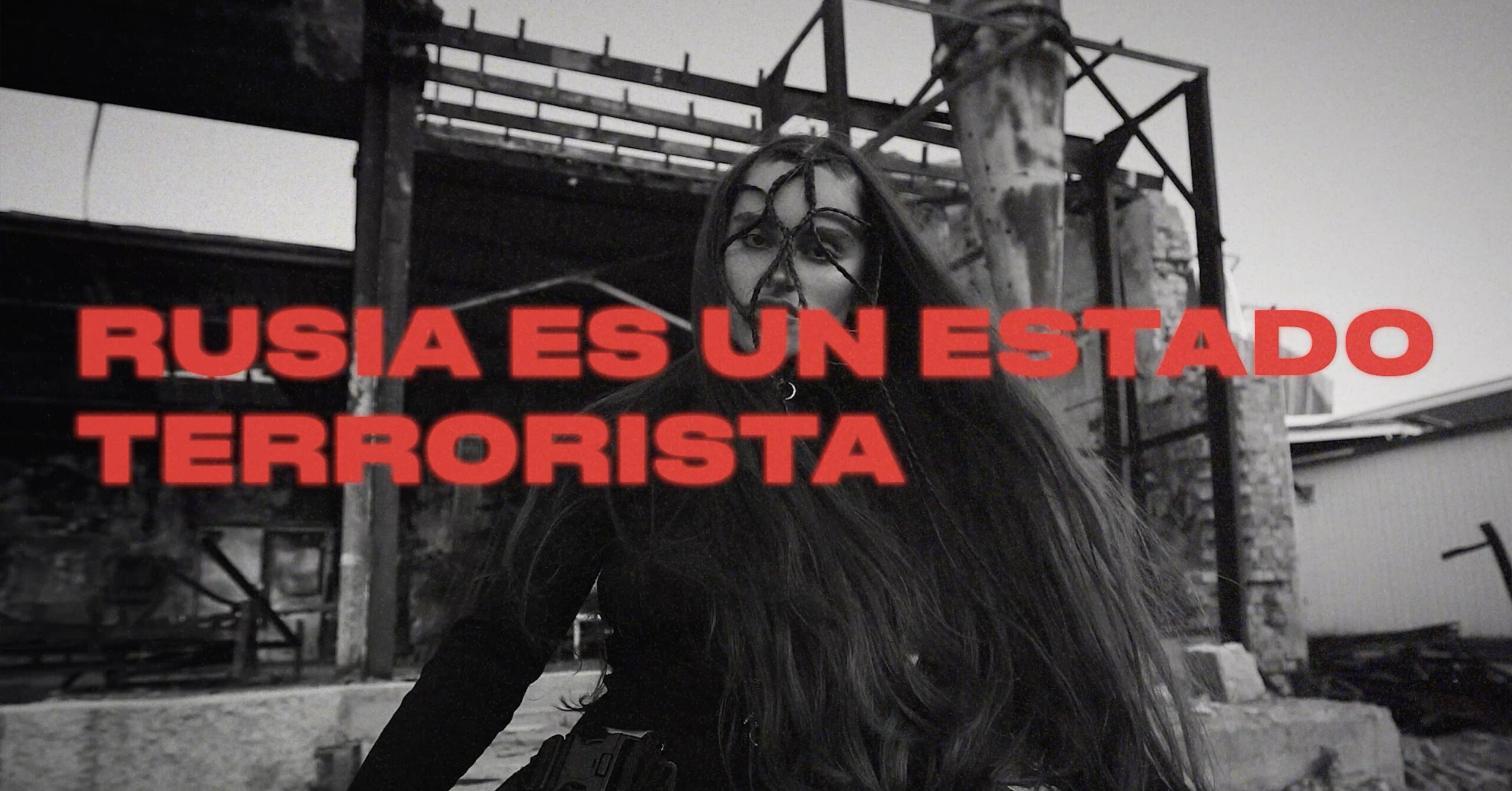 UPD [31.08.2022] The day after the video was deleted, YouTube returned TUCHA’s russia is a terrorist state video, adding a disclaimer before the clip stating that «the video is age-restricted and available only on YouTube»

Judging by TUCHA’s Instagram stories, she was also helped with the return of the video to the platform by representatives of the Ukrainian Ministry of Digital Transformation and the Ukrainian Google team.

Original article [29.08.2022] In her Telegram channel «Rasa Shevchenka» Ukrainian electronic musician and singer TUCHA said that YouTube moderators removed her music video for the track russia is a terrorist state. The artist presented it on August 24

TUCHA explained in a commentary to DTF Magazine that the reason for deletion of the video was cited by YouTube as «violent or graphic content policies». She clarified that the video did use actual military footage and archival videos that show russian crimes on Ukrainian territories, but most of the used works, unlike her video, are available for viewing on the platform.

«By that logic, all of our videos and digests about the war should be banned, right? So this is hardly the real reason, — TUCHA suggested. — Some of the footage used is the feature film “Famine-33“. It exists on YouTube and is not banned. We added some pictures to the clip using overlay — it’s impossible to see what it is without pausing it, and we also put a warning about 18+ content». 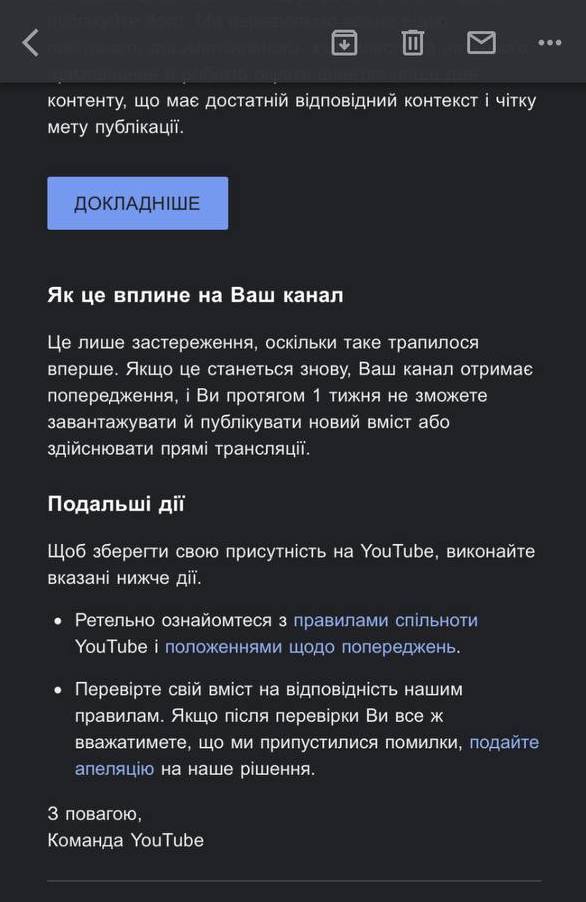 The singer also said that at the time the clip was deleted, it had been viewed by about 9,500 people and suggested that the video was probably not promoted at all in YouTube recommendations.

In the future TUCHA plans to appeal to the YouTube team: «I will explain that such and such videos are in my video and they are not blocked. If they stand their ground, then I’ll think about what to do next. If, for example, I blur it, then what? The point of the video was to show all these atrocities, but this way it will be just a cutting of blurred frames».

The teaser of the music video russia is a terrorist state was also blocked in the singer’s Instagram account on the day of its premiere. According to her, she posted the video in the morning of August 24, and it was already deleted in the evening. TUCHA appealed the return of the video to the social network team, after which the teaser was returned the morning of August 25, but it was deleted «permanently» a few minutes later.

«I re-downloaded the teaser and edited out the part with the words all russians are terrorists. So maybe that’s the reason. The new video hasn’t been banned yet», TUCHA added.

TUCHA is the creative pseudonym of the Kyiv artist Maria Tuchka, who combines EBM and dark electro. The singer’s first mini-album, «ZLO», was released in 2019, and her second, «Toxic» was released in 2021. In 2022, TUCHA released two singles such as «Mesnyky» and «Vojin» with Koloah.

The singer is the winner of the Jager Music Awards in the Young Blood category in 2021. TUCHA also releases vlogs about the Ukrainian music scene on YouTube and runs a Telegram channel «Rasa Shevchenka».