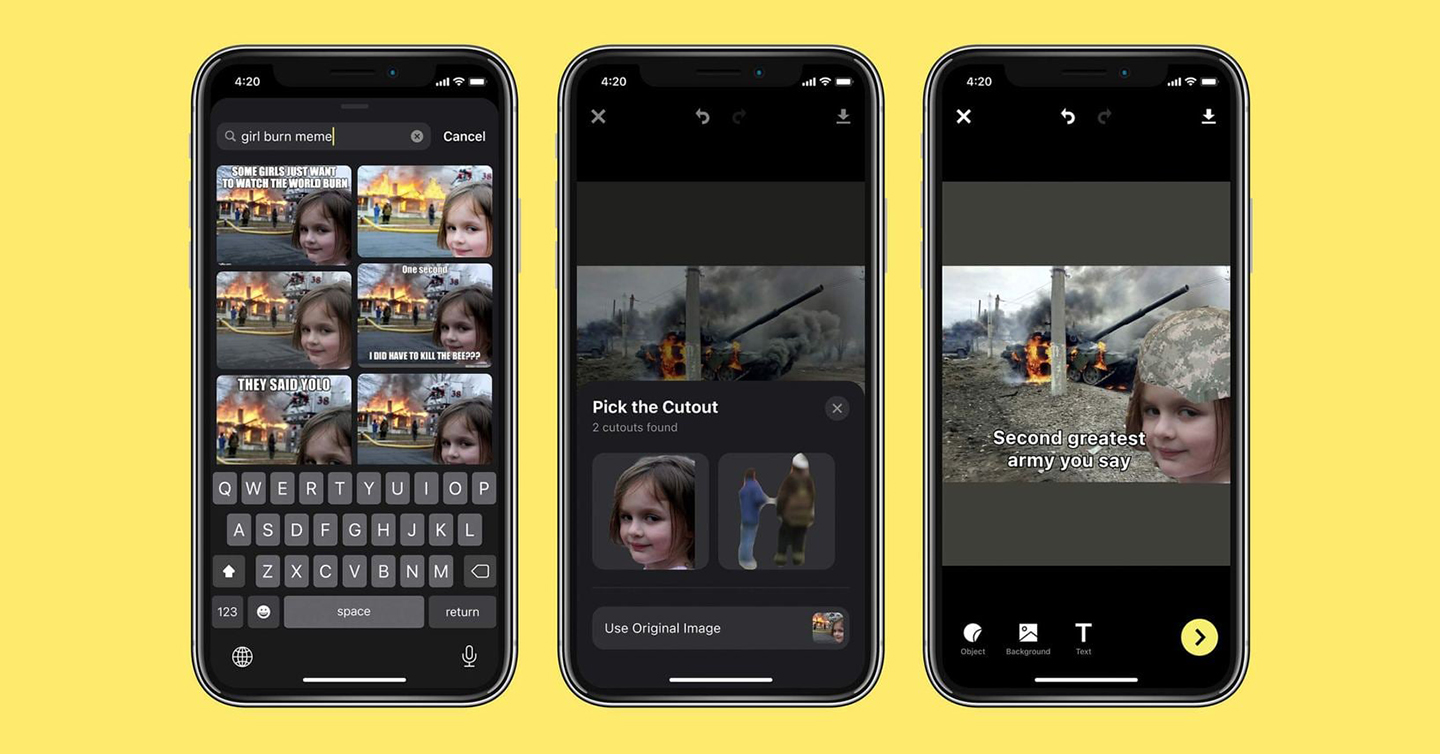 Ukrainian company Reface has launched «Memomet», a free app for creating Ukrainian memes. It can be downloaded on ioS and Android smartphones

In «Memomet» you can create an author’s picture or use one of the templates. The list of recent developers will be supplemented.

Users can cut out an object or a person from any image using neural networks — artificial intelligence automatically recognizes them. The cut-out image can be pasted onto one of the suggested backgrounds and supplemented with text.

Among the ready-made characters in the «Memomet» gallery there are already, for example, Volodymyr Zelenskyy, Oleksiy Arestovych and Vitaliy Kim, as well as some objects associated with the war of russia against Ukraine, namely tractors, road signs and military equipment.

«Today our “topical“ is jokes about Javelins and Chornobaivka, chmonya, Marchenko, Zelenskyy quotes, the russian ship, Kim, Arestovych, and “now I will show you where the attack was prepared from“. We started creating separate tools for generating memes before the war, so now we’ve adapted some and quickly put it together into a product to boost the morale of Ukrainians. Humor is definitely part of the Ukrainian cultural code. This is probably the first war in the world with so many memes and healing jokes. So let it be», — Dmytro Shvets, co-founder of Reface, commented on the launch of the app.

Those who wish can send the finished meme to the Telegram channel «Memomet», in which the team publishes selected images of users.

The Reface team launched the #StreamersWithUkraine streaming marathon at the end of March. The goal of the project is to raise one million dollars to support Ukrainians affected by war.