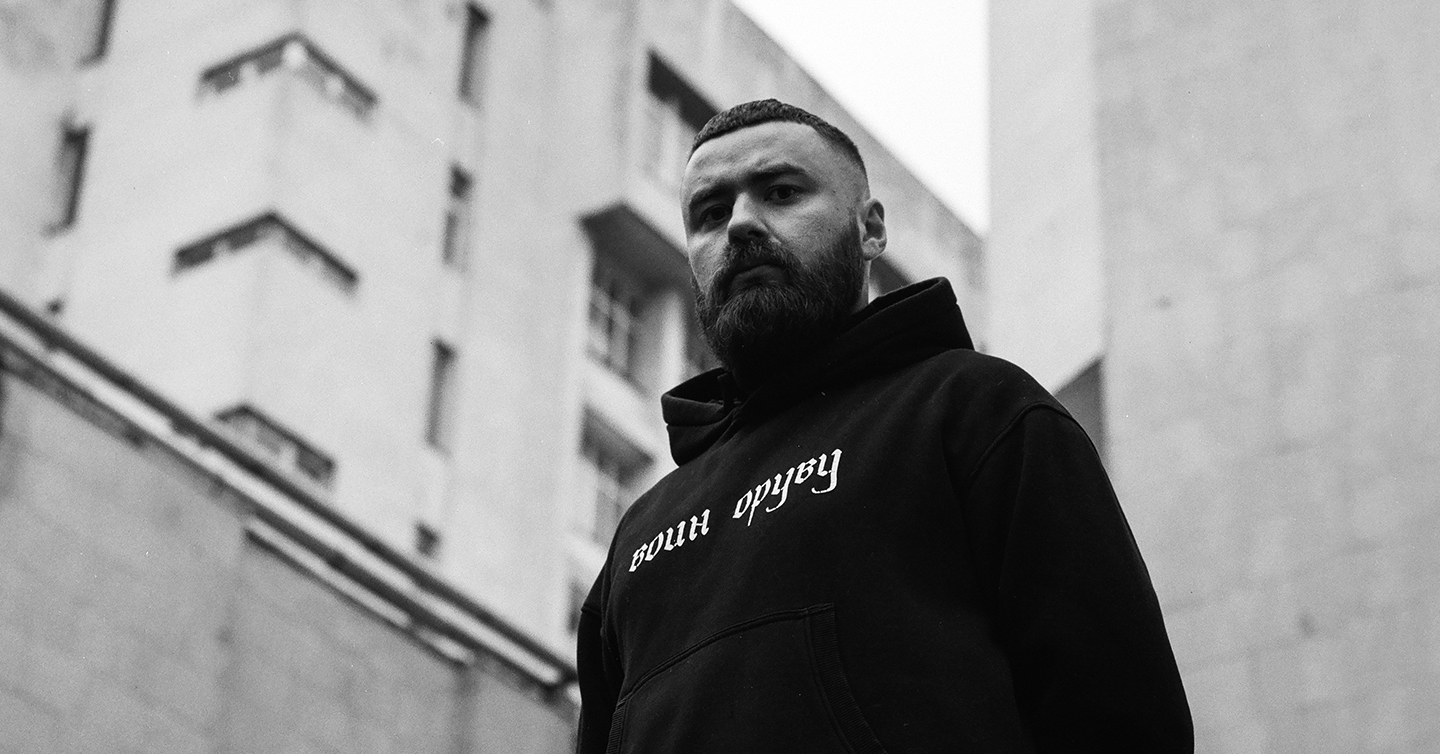 Koloah presented a collaborative release with German jazz musician and XJazz festival founder Sebastian Studnitzky. The mini-album, which consists of two tracks, was released on the Salon Imaginalis label, which Koloah launched in 2020

The EP was released on Koloah’s birthday. According to the musician, the release is dedicated to his reflections on home, connection to this place and loneliness.

«I used to think that home is where you are comfortable, where your tools and cat are. But now, I see it differently: home for me is the city where I grew up; the familiar smell of home when you enter for the first time after a long journey; the close people and relatives next to you. It’s not anymore about comfort or peace, but blood connection», he explains.

The cover of the EP was an image automatically generated by artificial intelligence. Koloah calls it «an empty imaginary city», an image of how he feels in every new place he visits.

In the tracks FUGA and FORTUNA the musician continues his «philosophical reflections on the search for himself», to which he dedicated his previous projects, namely the mini-album Vacuus Verus Victoria and the albums Salon Imaginalis and Serenity.

«These albums are like serifs on the heart, which sometimes hurt to listen to. Working on music helps me overcome pain, anxiety, and worries. I hope that after listening, you will also be able to immerse yourself and maybe get a little closer to the answer “Who am I”».

Koloah adds that the release also reflects the experience of the last few months, which he has spent at residencies, festivals, conferences and film screenings. At one of them, he met musician Sebastian Studnitzky, with whom they teamed up to work on an EP.

In August, Koloah presented a mini-album called Time Traveller, which consists of four tracks and was written back in 2019. According to the musician, the release was a «tribute» to the early 2000s and to the dubstep genre, which was popular at the time and greatly influenced many electronic musicians.

Sebastian Studnitzky is a German jazz musician, multi-instrumentalist and composer. He combines classical and jazz music with electronic sounds in his works. Sebastian writes music for classical orchestras, teaches at the universities of Berlin and Dresden and creates collaborations with electronic musicians including Moritz von Oswald and Joachim Olaya.

In 2014, he founded XJazz, the largest jazz festival in Berlin, which takes place annually.