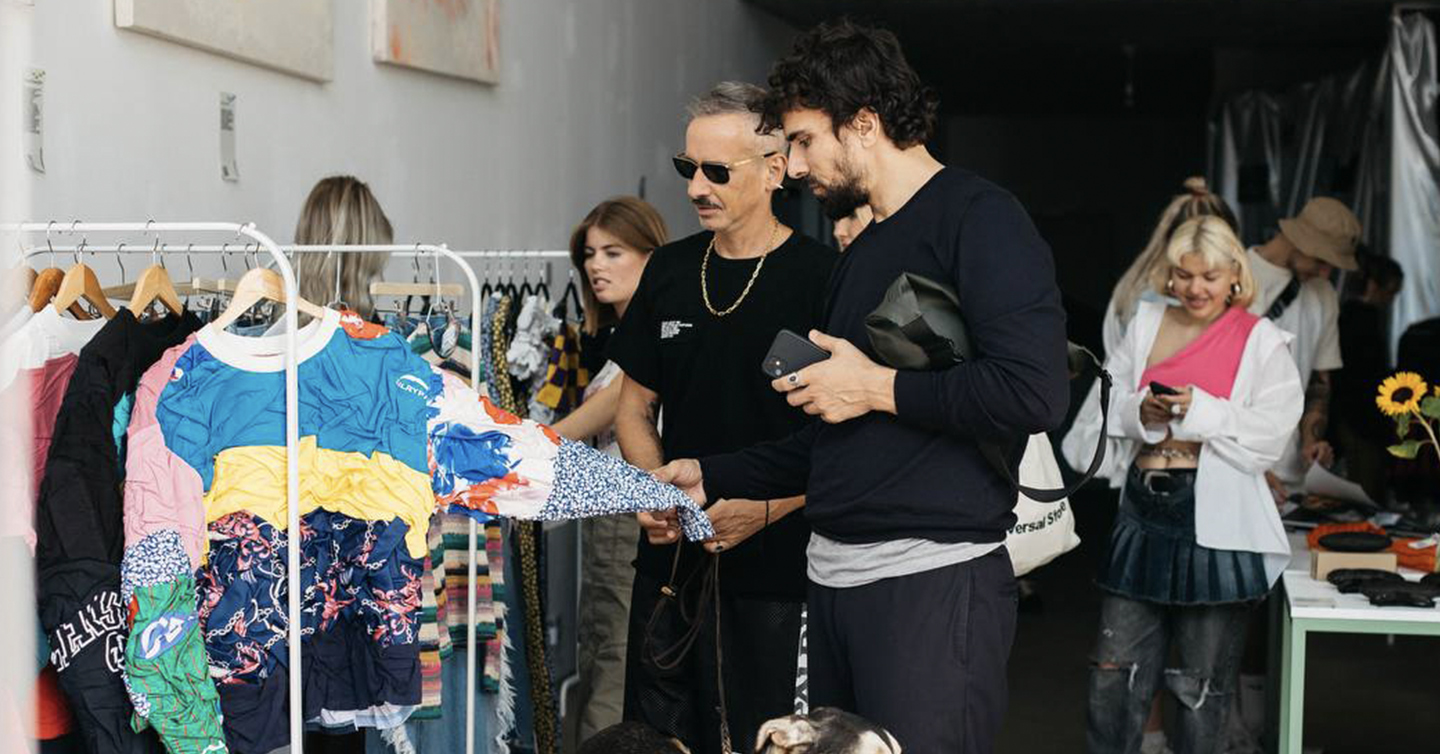 In August the team of Kharkiv brand Low Blow, Ukrainian designer Aryna Ostapenko and DJ Denys Polyakov organized a two-day charity festival Visionary. Now they are preparing the second event in Berlin, which will be held in POP KUDAMM space on October 29 and 30

Visionary is positioned as «a collaboration of Ukrainian contemporary culture with local representatives of the creative community in Berlin».

In an August commentary for DTF Magazine, Ruben Ahanesiants, one of the initiators of the project and co-founder of Low Blow, told us that Visionary was created to «present the contemporary Ukrainian creative community in Germany» and to further creative exchange. Besides, with the help of the festival organizers want to help Ukrainian brands to integrate into the European market and to raise funds to support Ukrainian volunteer organizations.

More than 30 Ukrainian and German brands will take part in the festival.

Visionary will be accompanied by DJ sets from Kurilo, Deeply Dstrbd, Angel X, Hopper Field, Elina, and Arien Ko, as well as live performances from musicians Moritz, Moé, Friso, Emmae, and Jakey. The latter will take place on October 30, starting at 6 p.m.

The second Visionary will include a tattoo area with Ukrainian artists, an exhibition of works by Ukrainian photographers, a film area, a food court with a traditional Ukrainian menu and separate beauty and photo areas.

At the same time, POP KUDAMM is running a pop-up of «Ukrainian culture» from October 24 to November 6. For two weeks you can get tattoos by Ukrainian artists and buy merch by Ukrainian designers or associations, thereby supporting the creators.

The first Visionary festival was held at the Lobe Block cultural center in Berlin on August 6 and 7. About 20 Ukrainian and German brands took part in it.

Organizers said they were able to raise 3,000 EUR over the weekend in support of the Repair Together and Behind Blue Eyes charitable initiatives.