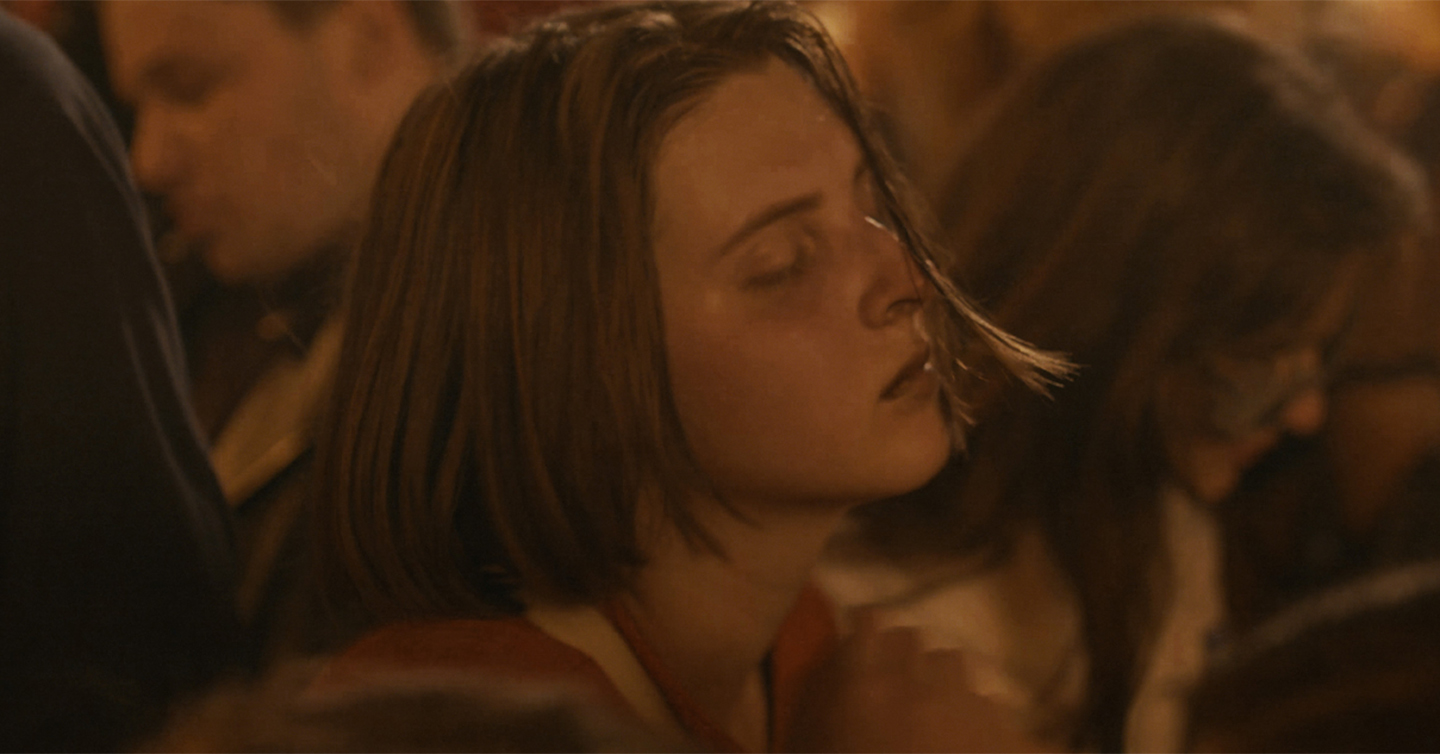 Boiler Room and KyivMusicFilm launch an online festival of Ukrainian cinema. What will be shown?

The Boiler Room platform in collaboration with independent music and culture film distributor KyivMusicFilm organized an online film festival with works by Ukrainian directors. The festival will take place on Boiler Room’s 4:3 channel from 5th—12th May and all proceeds will be distributed among four Ukrainian charities, such as the «Club on Kyrylivska» Foundation, Insight, Zgraya and Vostok SOS

«We tried to choose films that would be close to the audience of Boiler Room and introduce them closer to Ukrainian culture. In our opinion, these films emphasize the diversity of Ukrainian film language and draw attention to the longevity of the Ukrainian people’s struggle for independence and for the right to be themselves. That’s why you can find classic films as well as more contemporary ones in the program».

The movie marathon will begin on May 5 at 11 a.m., and ticket holders will have access to the entire library for a week.

What films will be shown at The 4:3 Ukraine Film Festival:

«Dedicated To The Youth Of The World II», Yarema Malashchuk and Roman Himey

April 2018, the Dovzhenko Film Studios, static documentation of the largest Ukrainian rave Cxema. It’s a microcosm where no daylight enters, but the fog seeps in. A sunny day outside the party brings the characters back to reality, which seems no less foggy. Gradually, this detached film turns into a portrait, changing the focus from the general to the personal.

DTF Magazine, together with KyivMusicFilm, screened the film at the 2020 Apricot Short Film Festival. Read more about the history of the creation of «Dedicated To The Youth Of The World II» in our interview with the director.

The documentary tells the story of Ukrainian funk, the phenomenon of Ukrainian vocal groups, including «Kobza», «Smerichka», «Vodograi», «Vizerunky Shliakhiv», «Opryshky», and their influence on the Soviet stage.

The film premiered in Ukraine in June 2021, and especially for DTF Magazine Vitaliy Bardetsky, writer of «Mustache Funk», DJ and former co-owner of the cult Kyiv club XLIB shared the playlist from the film.

The «Voduyrudu» ballet movie combines the classical music of Mykola Leontovych with the modern choreography of Apache Crew. Its chief choreographer and director Anatoliy Sachivko decided to show that the composer, whom the world knows from his Christmas hit «Shchedryk», wrote much more than just a well-known composition from «Home Alone».

The film was shot only in winter for five years. Dmytro Avksentiev (Koloah, Voin Oruwu), a Kyiv-based electronic musician, was responsible for the restoration of Leontovych’s sound and the musical atmosphere.

«Voduyrudu» premiered at the Odesa International Film Festival in the summer of 2021.

The screen adaptation of Mykhailo Kotsiubynsky’s story, made in 1964, was a key film in the works of Serhii Parajanov and gave a start to the Ukrainian «poetic» cinema in the mid-60s.

The plot centers on two Hutsul families and their children, Ivan and Marichka, who fall in love with each other. Ivan is forced to go to work as an adult, and Marichka promises to wait for him. Subsequently, the girl dies, and Ivan finds no peace without his beloved. The protagonist marries the beautiful Palagna, but Marichka’s spirit does not leave him.

The directorial debut of Ivan Mykolaychuk and the film adaptation of Vasyl Zemliak’s novel about the first years of collectivization called «The Swan Flock».

The action takes place in the Podіlsk village of Babylon in the 1920s, and the plot centers on several residents such as the sailor Synytsia, who seeks to build the village’s first communist center, the brothers Danko and Lukyan, who intend to find wives, the beautiful Malva, who buried her sick husband and found herself at a crossroads, and the village philosopher Fabian as an outside observer.

The picture was once called a real romantic-poetic folk cinema story. The film was included in the rating of the 100 best films of Ukrainian cinema according to Dovzhenko-Centre in June 2021.

In the plot of the short film, two guys are on their way to their older brother’s birthday party. On the way, their car breaks down and the sunset is approaching, so there is little chance of finding help. They decide to walk the rest of the way to be near their brother.

Aliev dedicated the work to his brother, who died in a car accident in 2010.

«My father is my mother’s brother», Vadym Ilkov

«My father is my mother’s brother» is the feature-length directorial debut of Vadym Ilkov. The film tells the story of the Kyiv underground singer and artist Anatoliy Belov. The husband is forced to become a guardian of his five-year-old niece when his sister’s mental health deteriorates. He finds himself in a situation where he «has to balance between bedtime stories and provocative art, children’s games and a stormy nightlife».

Over time, caring for his niece becomes the main purpose of his life.

The film premiered at the Visions du Réel documentary film festival in Switzerland in 2018. It won the award as the most innovative film in the international competition program.

This is the story of Valentyn, a projectionist who has been working for 44 years at the «Kinopanorama» movie theater in downtown Kyiv. The film shows the life and last year of the man’s work before his retirement.

«The Fall of Lenin», Svitlana Shymko

This is a short documentary film inspired by the laws on Ukraine’s decommunization adopted by the Verkhovna Rada in 2015.

The ironic film watches participants in a seance attempting to summon the spirit of Lenin and communicate with him, and the footage periodically changes to a video of the dismantling of monuments to the Soviet figure.

Nadia Parfan’s debut feature film shows how the trade union of an Ivano-Frankivsk TeploKomunEnergo, a municipal heating company, lives. It is based on the trade union choir «Chornobryvtsi», in which dispatchers, repairmen, fitters, and accountants sing. The head of the union is guided by the principle that «the heating comes first — and only then do we sing», and the heating season makes adjustments to the rehearsal schedule.

It was Nadia Parfan’s grandfather who founded Ivano-Frankivsk TeploKomunEnergo, and her mother worked at the company at the time of the shooting.

The film is about a young Orthodox priest who decides to leave Kyiv Pechersk Lavra to become a pastor for the LGBTQ community and people living with AIDS.

«The official Orthodox Church denies them the right to be Christians, and a homophobic society forces them to hide their sexual orientation. What has to happen for LGBT people to be accepted into the fold of the Church?», — the film’s directors ask.

The film was shot in a steppe area in southern Ukraine in 2020 and shows the transformation process of an abandoned Soviet apartment building.

A building constructed according to Soviet standards is first dismantled by private individuals, and then new «architectural units are built from the withdrawn modules». The director traces how such a process of privatization becomes a form of material relationship with the past and an act of self-affirmation. 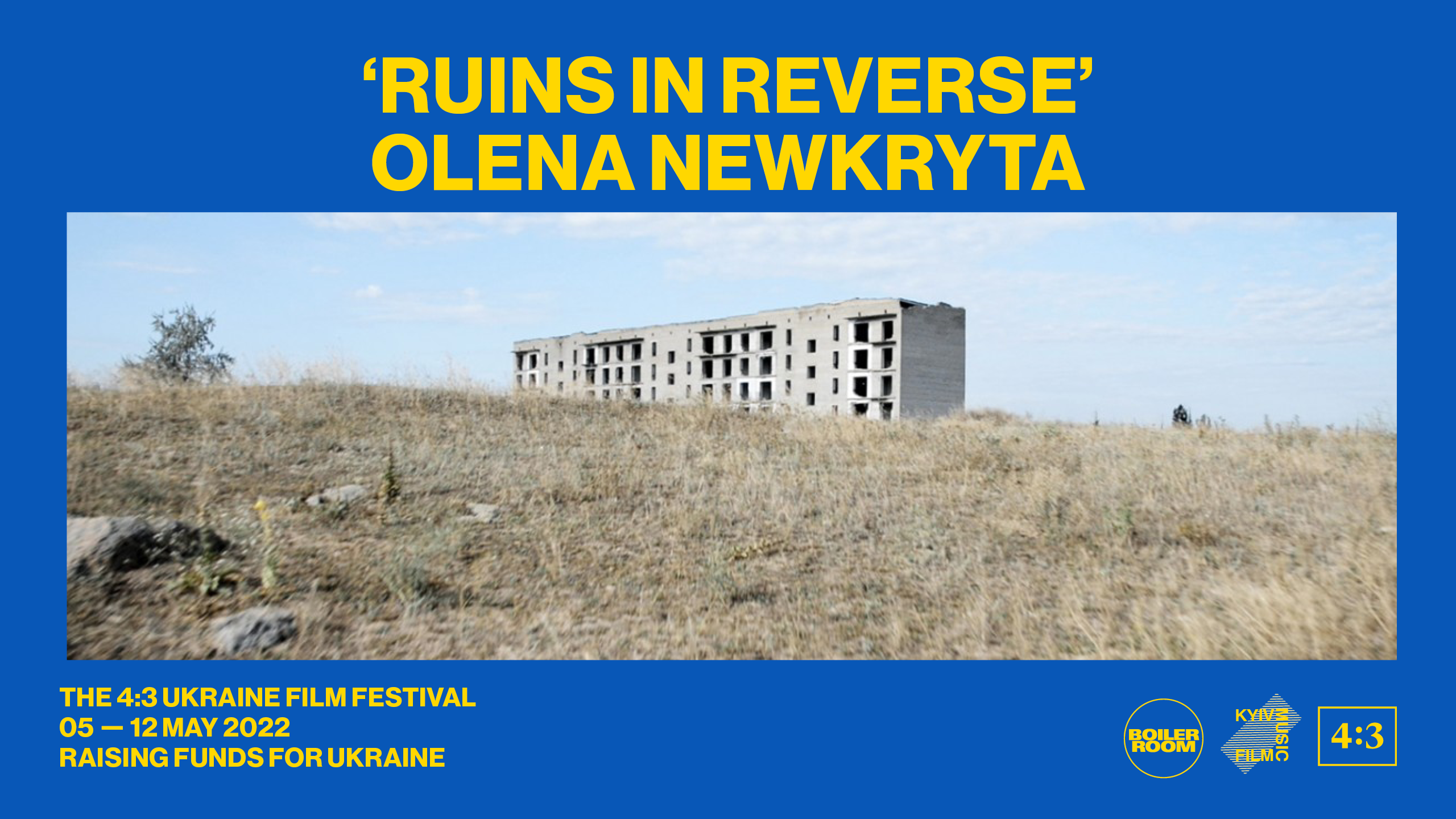